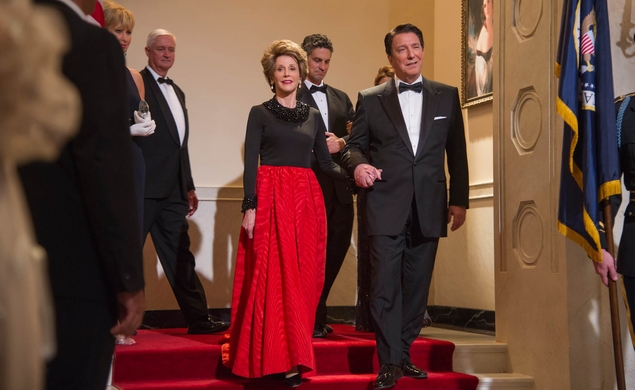 When Lee Daniels’ The Butler was released, the director was aware the movie’s take on Ronald Reagan would make some admirers unhappy. Forest Whitaker’s Cecil Gaines—a heavily fictionalized version of real-life White House butler Eugene Allen—ends up resigning out of disgust with Reagan’s refusal to pass sanctions against the South African apartheid state. (A rundown of Allen’s life versus the movie’s fictional liberties can be found here.) “I think we’re extremely fair” to Reagan, Daniels said, but conservative biographer Paul Kengor decried the film’s implication that Ronald and Nancy were insensitive on racial issues internationally and to black people in general. Regarding South Africa specifically, Kengor said Reagan was just trying to make sure the country wouldn’t collapse and get “replaced by a Marxist-totalitarian regime.”  “Clearly, blacks in South Africa lost rights under apartheid, but Communism was a far greater infringement,” he noted, adding that if the film couldn’t deal “with this issue with the necessary balance, it shouldn’t deal with it at all.”

Last Friday, Reagan’s adopted son Michael jumped into the fray, attacking the movie’s depiction of “The Butler from Another Planet.” Reagan compares the real man—“who had one son who served honorably in Vietnam and never made a peep of protest through the pre- and post-civil rights era”—with “Hollywood’s absurd version of Eugene Allen’s life story.” He also complained that “portraying Ronald Reagan as a racist because he was in favor of lifting economic sanctions against South Africa is simplistic and dishonest.” To prove his point, he notes that “when my father was playing football at Eureka College one of his best friends was a black teammate.” Contacted by the Associated Press, neither Harvey Weinstein or screenwriter Danny Strong had any comment on the column.

Hardin County, Kentucky theater owner Ike Boutwell is also upset by the film for different reasons. A Korean War vet who trained pilots during the Vietnam War, Boutwell has never shown a movie starring Jane Fonda at his theater as far as he knows, and he’s not about to start now: he’s still upset with her anti-war protests and rhetoric. “I just really think it’s a slap in the face to have a person of treason portray a patriotic lady, Mrs. Reagan,” he added. “I think that is just throwing gas on the fire.” For her part, Fonda’s pretty sure Nancy will like the movie and how she comes off in it. “Through a friend, she asked if I can get her a DVD,” she said a few weeks ago. “So I'm trying to get her one. She’ll feel good about it, I think.”