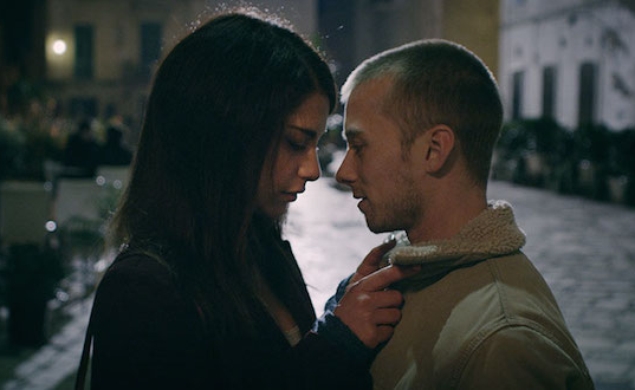 Back in Spooktober of last year, our own Tasha Robinson recommended an underrated horror film called Resolution from directors Justin Benson and Aaron Scott Moorhead. It slipped into theaters in late January 2013 and disappeared just as fast, but Tasha was not alone in finding it a smart, resourceful, knowing take on horror that drew many comparisons (including from yours truly) to The Cabin In The Woods and subverted what audiences might expect from video horror and from Saw-like scenarios. So it’s not a surprise to hear that Benson and Moorhead’s latest, Spring, went over well at Fantastic Fest—so well, in fact, that Drafthouse Films and Filmbuff have made it the first acquisition of the festival.

Benson and Moorhead’s talent for genre subversion is suggested by the premise for Spring, which TIFF programmer Colin Geddes describes as, “Before Sunrise with a supernatural twist.” Lou Taylor Pucci stars as an American tourist in Italy who falls for a German traveler (Nadia Hilker), but their budding romance goes south when he discovers she’s harboring a dark secret. As with Resolution, Benson and Moorhead seem happy to mash up seemingly incompatible genres, as this tweet from our Matt Singer suggests:

SPRING: New from the guys who did RESOLUTION. Love their vibe; genre movies with incredibly rich characters. An unusually sweet scary movie.

Here’s the trailer that was released in advance of TIFF. No word yet on when Drafthouse and Filmbuff intend to roll it out: