Out Of The Past: Anna Karina was born on this date in 1940 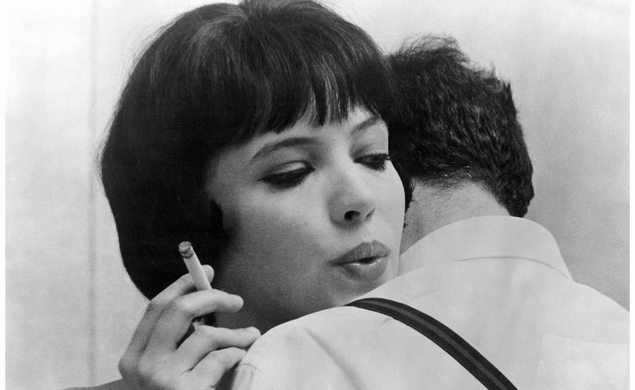 Few collaborations between actors and directors burned as bright and hot as the one between Anna Karina and Jean-Luc Godard. Between The Little Soldier in 1960 and Made in U.S.A. in 1966, Karina and Godard made eight films together (not counting their contribution to the omnibus film The Oldest Profession), among them many of the signature films of the French New Wave, including A Woman Is A Woman, My Life To Live, and Band Of Outsiders. The collaboration coincided with their marriage and it ended with it, too, leaving behind a legacy of remarkable, influential films.

But it’s unfair to look at Karina’s career solely in terms of her work with Godard, since it’s hardly limited to that influential stretch of films. Even while with Godard, Karina worked with other directors. After Godard, she made films with Jacques Rivette, Tony Richardson, Luchino Visconti, and others. She’s also enjoyed a second career as a singer, one she demonstrated during a cameo in Jonathan Demme’s Charade remake The Truth About Charlie, a film rich in homages to the New Wave era.

It’s unfair, too, to think of Karina only as an actress shaped by Godard. A Danish model who caught Godard’s eye by appearing in a Palmolive commercial, she brought a distinctive look and an equally distinctive presence to her film work, the latter defined largely by characters who refused to be shaped and defined by others. As far as the movies go, Godard discovered Karina. But she’s always been more than his discovery.