Out Of The Past: David Lynch’s Blue Velvet was released today in 1986 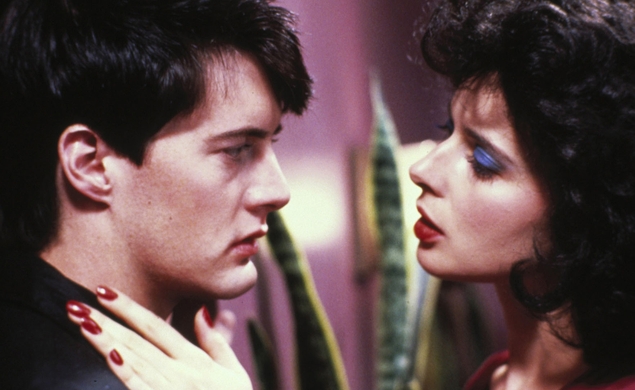 Out Of The Past provides a look back at important film events that occurred on this date.

David Lynch might never have recovered from the big-budget boondoggle of Dune if not for second chances. Reteaming with Dune producer Dino De Laurentiis and star Kyle MacLachlan, Lynch developed ideas that had been knocking around his head since the early 1970s into a story exploring the seedy side of an all-American small town. The second chances extended to the casting, which brought in Dennis Hopper, previously a Hollywood pariah after alienating most everyone during his time as an addict, to play psychopathic bad guy Frank Booth.

Given a small budget and little supervision, Lynch delivered an unsettling tale of lost innocence and shattered illusions, as MacLachlan’s Jeffrey Beaumont gets drawn into a previously unseen world of vice and crime, partly by chance, and partly by his own desires. The elements come from classic noir, but Lynch invests everything with his personal touch and fills the film with his own obsessions, from images taken from the Pacific Northwest of his youth to a bad-guy hangout that looks furnished from Hell’s own thrift store. It’s also filled with a disquieting sense of moral ambiguity: Isabella Rosellini delivers a stunning performance as singer Dorothy Vallens, but she’s more victim than femme fatale, and Jeffrey’s journey requires him to confront the darkness in his own heart, a quality as unsettling as any of its unforgettable images, and undoubtedly a reason it’s proven so enduring.

Here’s a Blue Velvet-era interview with Lynch from Canadian TV: “It’s a disturbing thing because it’s, uh, a trip beneath a beautiful surface…”