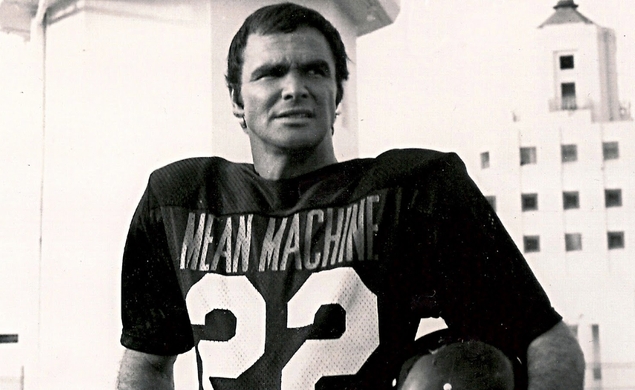 The counterculture sports movie rejects the causal relationship between sports and character-building. The game is an end unto itself, useless and nevertheless beautiful—or perhaps beautiful because it’s useless. It allows figures who in actual life would be considered losers a shot at glory. And at worst, it offers a counter-myth as spurious as the mainstream sports movie’s myth, as in an edifice of soaring clichés like The Battered Bastards of Baseball, a 2014 documentary which aired as part of ESPN’s 30 for 30 series about the Portland Mavericks, a Minor League baseball team which existed from 1973 to 1977, whose primary distinction was a lack of affiliation with any Major League franchise.

Reverse Shot’s Azadeh Jafari and Vahid Mortzavi on what it’s like to be a cinephile in Tehran:

Of course, in the age of the Internet, we have different notions of what access means, but film peddlers’ continued role in Iranian cinephilia after more than a decade says a lot about the nature of this country’s unique cinephilia. We’re talking about a country in which any official film screening, even in a small cinematheque, requires permission by a governmental body; this means you should forget about not only watching a violent, sexually explicit Lars von Trier film on the big screen but also a Spielberg movie (too American). We’re also talking about a country in which you would find more than a few hardcore cinephiles ready to talk passionately about Philippe Grandrieux or Lav Diaz, names rarely mentioned even in Chicago or New York. And we’re talking about cinephilia in the capital of a country known for its strict regime, political instability, and the limitations put on its artists. This cinephilia mirrors the city itself: bizarre but common, scarce but abundant, disconnected but at the same time strongly attached to the world—a life that seems to oscillate between real and surreal.

In 1975 I first met George Lucas. It’ll be 40 years next year. To do it in different iterations has been fascinating. Having been in the studio today [shooting Episode VII], I’m actually quite tired because Threepio is an exhausting character — he’s always very tense, he’s always slightly on the edge of panic. That’s why he’s funny, because he’s always in the wrong place. I record each piece three times in a row, so the director can choose without interrupting too much. But it leaves me now with a glass of wine talking to you, which is much nicer.

Cary Elwes talking to The Daily Beast’s Marlow Stern about dealing with a drunken Andre The Giant while making The Princess Bride:

They decided that there was no shifting him. There’s no shifting a 550-pound, 7-foot-4 giant, so they had a choice: either call the authorities, and they didn’t want that kind of publicity, or wait for him to wake up, which was the wiser decision. It should be pointed out that Andre didn’t drink for the sake of drinking—Andre was in a lot of pain, God bless him. His back was injured from carrying all that weight around, and from having other wrestlers breaking chairs over his back. He was due to have an operation right after the shoot, and his doctor didn’t know what kind of pain medication to give him because of his size, so the only way that he could deal with the pain was to drink alcohol. And it didn’t affect him at all. He didn’t flub a line or miss a day. The guy could handle his liquor, let me tell ya.