Jessica Chastain and Oscar Isaac struggle through A Most Violent Year 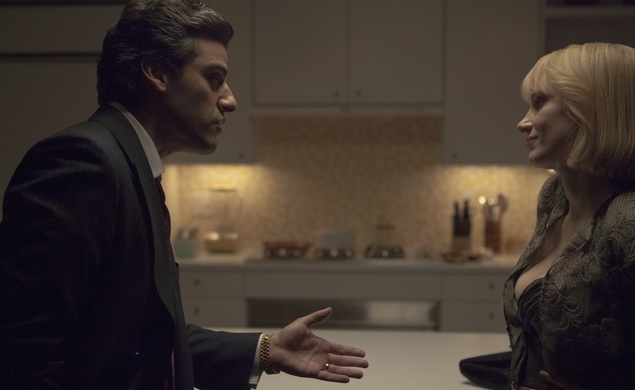 If two films are enough to be considered a track record, then J.C. Chandor sure has a strong track record. The young director earned a Best Original Screenplay nomination in 2011 for his debut Margin Call, a slow-burning drama that exposes the first avaricious rumblings of the 2007-08 financial crisis. And last year saw the release of his audacious All Is Lost, in which Robert Redford took approximately 150 words to remind audiences why he’s a legend. As such, Chandor’s upcoming A Most Violent Year has been feverishly anticipated among film lovers. Oscar Isaac and Jessica Chastain play an immigrant couple struggling to carve out a life for themselves in New York City. The year in question is 1981, one of the most turbulent periods in the city’s history. Below, bear witness to the first trailer:

Boutique production/distribution company A24 (the outfit responsible for bringing audiences such offerings as The Bling Ring, Under the Skin, Spring Breakers, and Locke since its inception in 2012) has rushed Chandor’s newest into a New Year’s Eve release so that it can squeak out in awards season. Though Redford and Chandor were surprisingly shut out last year for All Is Lost, odds for A Most Violent Year seem slightly rosier. Chandor has a real eye for striking images, and the trailer teases the moody, evocative camerawork audiences have come to expect from the director.

Margin Call watched in horror as rich men squabbled about the value of human life. All Is Lost made the shattering declaration that a life, even a single life nearing its endpoint, is something worth fighting for. A Most Violent Year appears to grapple further with that same theme. The protagonists’ status as immigrants also frees up Chandor to make grander pronouncements about America and “America” as well. If the trailer is any indication, this could be another triumph for one of the country’s most exciting emerging directors.