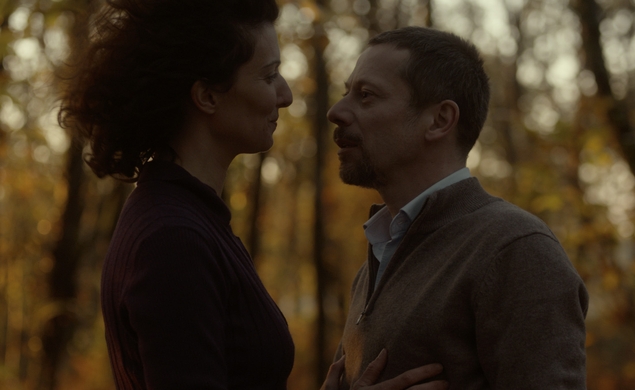 Mathieu Amalric is known in the U.S. thanks to his acting in films as diverse as The Diving Bell And The Butterfly, Munich, The Grand Budapest Hotel, and Quantum Of Solace. His second career as a director, however, is less well known, even though he won Best Director honors at Cannes for his 2010 feature On Tour. That may change with the stylish-looking thriller The Blue Room, in which Amalric both directs and stars. Here’s an exclusive first look at the trailer:

Two adulterous lovers go from pillow talk to possible murder in this sexy, brain-teasing thriller. Mathieu Amalric (The Diving Bell and the Butterfly, Grand Budapest Hotel) directs and stars as Julien, a middle-aged salesman embroiled in a steamy love affair with a married woman who, after a round of kinky sex, makes a startling suggestion. Suddenly Julien is caught up in a police investigation—but just what exactly happened? Based on a novel by celebrated crime writer Georges Simenon, this beguiling cinematic puzzle unfolds in an elliptical style that keeps the audience guessing every step of the way.

Almaric co-wrote the screenplay with Stéphanie Cléau, who also co-stars, working from a novel by Georges Simenon, a much-adapted Belgian writer responsible for more than 200 novels. (In fact, this is the second adaptation of Simenon’s novel, following a Mexican adaptation in 2002.) The trailer doesn’t reveal all that much, but it looks like it’s one of those films where the less viewers know going in, the better. The Blue Room will have its American premiere next week at the New York Film Festival, prior to an IFC Films release in theaters and on VOD October 3.