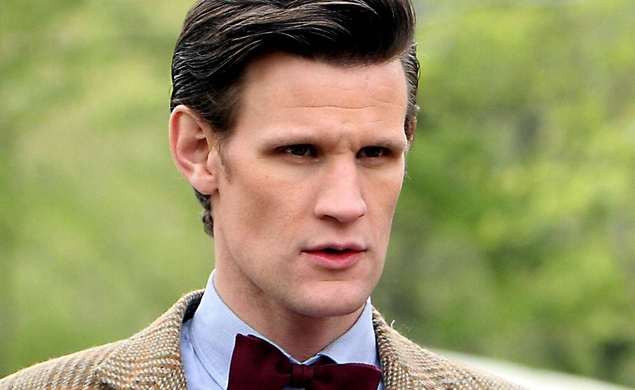 It’s the film that just wouldn’t die, and now it’s feasting on fresh blood. The Hollywood Reporter reveals that Matt Smith (yes, the 11th Doctor for all you Doctor Who fans out there) has joined Burr Steers’ big-screen version of Seth Grahame-Smith’s Pride And Prejudice And Zombies. Grahame-Smith’s parody version of Jane Austen’s beloved classic injects zombies (obviously) into the formula, imagining what would happen if our favorite Regency girls about town had to battle plague-stricken brain-gobblers in addition to searching for a husband.

Smith will play Mr. Collins in the film, the Bennet girls’ distant cousin, a local clergyman who originally has designs on an unwilling Elizabeth (our heroine)—well, sort of; the guy just needs a wife, and marrying within the family will help with assorted property issues—and who eventually settles on her best friend Charlotte Lucas. Grahame-Smith’s version of the story throws a zombie-fied wrench into the works, and actually ends up redeeming Collins in a way that Austen could (quite literally) never dream of.

Pride And Prejudice And Zombies has been through a number of permutations over the years, steadily cycling through a host of possible directors (including David O. Russell, Mike White, and Craig Gillespie) and a stunning array of stars (including Natalie Portman and rumors of Emma Stone, Blake Lively, Dominic Cooper, Mila Kunis, Rooney Mara, and Olivia Wilde), but it appears that this thing is finally going to lurch to the big screen—albeit slowly, and after years of back-and-forth.

Steers (Charlie St. Cloud) signed on to direct the film in May of last year, but casting has recently ratcheted up in order to meet a late-September filming date. Smith joins Lily James, Sam Riley, Jack Huston, Bella Heathcote, and Douglas Booth in the feature. (James will play Elizabeth, with Riley on board as her Mr. Darcy.) We assume assorted other brains (braaaainnnns) will fill out the rest of the cast, and soon.