Op-ed: John Travolta has no regrets about Battlefield Earth—and he shouldn’t 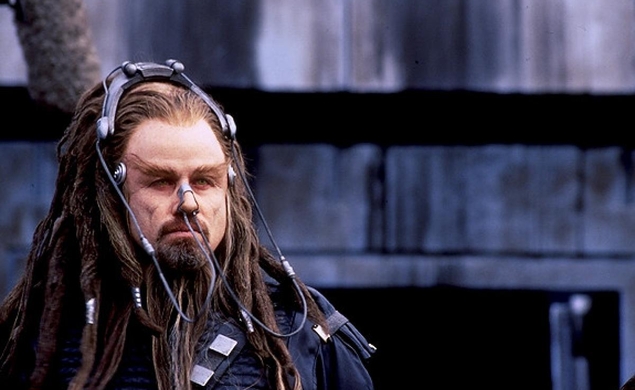 It’s been called “amateurish,” and “the worst movie in living memory.” Roger Ebert compared it to “taking a bus trip with someone who has needed a bath for a long time” and Peter Travers claimed it was the worst film of the millennium. It was nominated for eight Razzie Awards and won seven, denied a clean sweep only by virtue of the fact that two of its actors were in competition with each other for the same prize. It has a Rifftrax commentary, and its own episode of the bad-movie podcast How Did This Get Made? It is Battlefield Earth, Roger Christian’s 2000 adaptation of L. Ron Hubbard’s 1982 novel about a war between mankind and an invading alien race in the year 3000. And it is routinely considered—by audiences, by critics, and by bad-movie-loving cultists—one of the worst movies ever made.

Everyone hates Battlefield Earth—except its star, John Travolta. In an interview at the Toronto International Film Festival with The Daily Beast, Travolta was asked if he had any career regrets, including Battlefield Earth. Most people regret having wasted two hours watching the film; surely Travolta regrets the untold months and years he spent making and promoting it. Nope, not quite:

“Are you kidding? Why would I ever regret that? I had the power to do whatever I wanted, and I chose to do a book that I thought was worthy of making into a movie. It’s a beautiful film. It’s a good movie… I have no regrets at all. And if we had to do it over again, I would still do it. It was a moment where I could say, ‘I had all the power in the world and could do whatever I wanted.’ Not a lot of people get that opportunity, and I did what I wanted to do.”

Travolta’s comments were so shocking, they were even reported as news by several film sites. (“BREAKING: Someone likes Battlefield Earth.”) It was significantly more shocking than the response on social media, which was a predictable mix of snark and even more snark.

Travolta blamed most of Battlefield Earth’s problems—or at least the rest of humanity’s problems with Battlefield Earth, since Battlefield Earth is a beautiful film that doesn’t have problems—on the media, which he said “confused” the movie with Scientology, the religion created by Hubbard and practiced by Travolta. And, to be sure, there were plenty of articles about the movie’s supposed connection to Scientology. Some even suggested that Battlefield Earth contained “subliminal messages” designed to brainwash viewers into a religious conversion.

This, frankly, is nonsense. Battlefield Earth turned out so badly that it was far more likely to convert John Travolta fans into haters than Dianetic indoctrinates. While I couldn’t find the exact figures on Scientology enrollment in the months immediately following Battlefield Earth’s release, I think it’s safe to say the film did not spark a mass societal movement toward stress tests and auditing. But Travolta’s got it wrong, too. The public’s perception of Scientology didn’t damage the film. If anything, the film was so terrible that it reflected poorly on Scientology, rather than the other way around.

Scientology’s not to blame for Battlefield Earth’s failure to connect with the pathetic man-animals who make up the moviegoing public. And, from this man-animal’s perspective, Travolta might sound a wee bit delusional when he says it’s a good movie. But that doesn’t mean he’s wrong. Battlefield Earth is beautiful—to John Travolta.

It can be satisfying when a filmmaker admits their culpability in a flop. Who doesn’t get a chuckle out of Mark Wahlberg bashing The Happening? (“Fucking trees, man, the plants. Fuck it.”) But movie stars don’t have to see their work the same way as their audience does. If the work means something to them, our opinion is irrelevant. And clearly Battlefield Earth means something to John Travolta.

That should have come as no surprise, though. Anyone who has seen the movie would tell you that part of its charm is its sincerity. Travolta and company treat a very goofy premise, some very hideous production design, and some really awful dialogue with absolute conviction, and the same kind of insane commitment to terrible ideas that defines other good-bad greats like Ed Wood and Tommy Wiseau. Of course John Travolta loves Battlefield Earth. That’s why it’s one of the most entertainingly terrible movies of all time; because he believes in it with all of his admirably earnest, misguided heart.

We live in an age of consensus, where opposing viewpoints are often shouted down as loudly and violently as possible. In this enviroment, it would be smart of Travolta to take the Wahlberg route and admit his mistakes (“Fucking platform alien boots, man, fucking air tubes that look like boogers. Fuck it.”) It’s a lot less fashionable and cool—and a lot more impressive—to stick to one’s guns, and be honest about your true feelings. Battlefield Earth is important to John Travolta. That sort of passion is what separates the true artists from the ordinary man-animals.