Out Of The Past: Sky Captain And The World Of Tomorrow debuted 10 years ago today 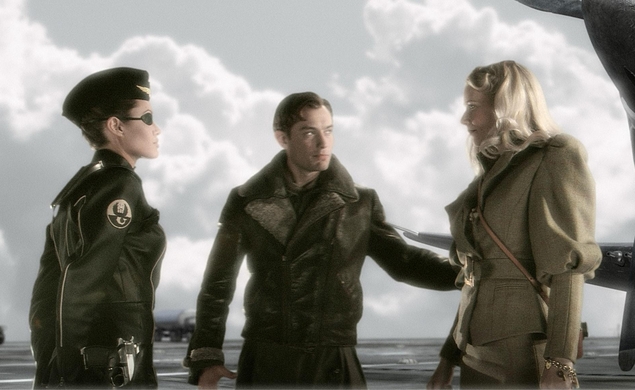 Out Of The Past provides a look back at important film events that occurred on this date.

Proving it’s possible for a film to be both groundbreaking and little-loved, Sky Captain And The World Of Tomorrow pushed the boundaries of early-’00s special effects to the indifference of the general public. Shot almost entirely against computer-generated backgrounds, the film created an immersive world inspired by classic pulp fiction and Golden Age serials. It looks great, features giant robots and Angelina Jolie wearing an eyepatch, and even brought a computer-simulated Laurence Olivier back from the dead. What’s more, it’s fun: Writer/director Kerry Conran brings a light touch and a sense of adventure to a story that never stops moving. Critics were mostly kind, too.

So why didn’t the public go for it? Ten years on, that remains a bit of a puzzler. In a sense, it really was set in the world of tomorrow, given the near-totality with which digital effects have engulfed filmmaking, even if Conran chose to foreground the illusion a bit more than those that followed. Still, even that’s not entirely plausible, since Sin City, 300, and other films made on what came to be called a “digital backlot” found welcoming audiences. Who knows? Once slated to direct the even-more-doomed John Carter, Conran has mostly laid low since Sky Captain, though he did direct a pretty nifty short about a robot going on an acting audition. Until he resurfaces, we’ll always have Sky Captain.