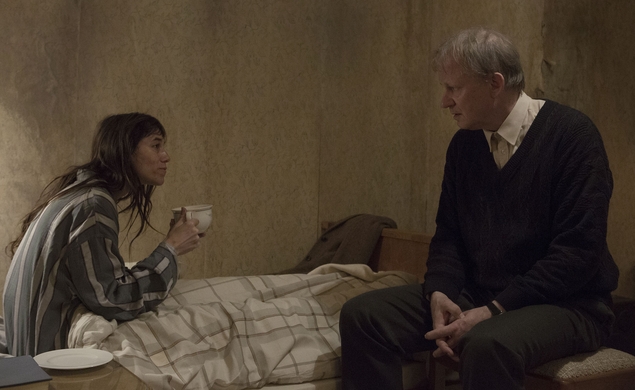 Lars von Trier has made a career out of transgressing boundaries and pushing audiences’ buttons. In that respect, his Nymphomaniac films represent his magnum opus of brazen and brilliant provocation, a two-part exploration of the extremes of human sexuality. I saw the first volume at a secret screening at Sundance earlier this year, and it was apparent even before the film began that we weren’t just in for an unusually intense movie sure to stir up conversation and controversy; we were in for an experience. And oh brother, did it ever deliver, as much for its eviscerating, corrosive wit as for its famously daring and explicit sex scenes.

It looks like the already intense experience of galloping through von Trier’s feverish sexual imagination is about to get a whole lot more intense. On October 2, what Variety critic Peter DeBruge called a “5-hour and 25 five minute atom bomb” of a director’s cut when it premièred at the Venice Film Festival will roll out on VOD and in theaters in the United States, as well as in other territories.

DeBruge raved about the new footage included in the extended version. He called an explicit abortion sequence “the single most upsetting sequence this critic has ever witnessed“ (More disturbing and nightmare-inducing than anything in Foodfight! or The Oogieloves In The Big Balloon Adventure? Impossible!) Although the abortion sequence is sure to make the film even more incendiary and tough to watch, DeBruge also says that much of the new or restored footage in the director’s cut consists of dialogue scenes between Charlotte Gainsbourg’s Joe and Stellan Skarsgard’s Seligman, the gentle man who listens to her sordid confessions. So it seems like audiences for the theatrical cuts of both Nymphomaniac Vol. I and II who think they’ve seen it all haven’t seen anything yet.