Matt Damon and Paul Greengrass will get reBourne in 2016 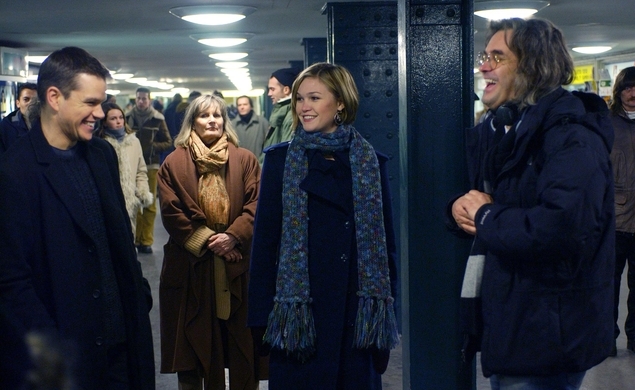 Deadline has the news. Turns out when Greengrass insisted that any talk of his being involved with a fifth Bourne installment was “a figment of someone’s imagination,” he was sort of telling the truth. The fifth Bourne—after three Matt Damon films (two by Greengrass) and one sidequel starring Jeremy Renner as a Bourne-ish assassin—was a figment of someone’s imagination, but that someone was a screenwriter, who was developing a script. Now, according to Deadline, Universal is “so bullish” on the reBourne franchise that they’re looking to fast-track the sequel into production and release it on July 16, 2016, less than two years away. That release date was previously occupied by the second of Renner’s Diet Bournes, but now the plan would be to hold that film until after the new Bourne-a Cola Classic. In the interim, planned Diet Bourne director Justin Lin has time to shoot the second season of HBO’s True Detective.

It just goes to show you how quickly someone’s mind can change when they need a hit. Since 2007’s The Bourne Ultimatum closed out the series’ first trilogy, Damon has appeared in just one film that has made more than $100 million in the United States, 2010’s True Grit, and he’s appeared in several costly flops, including Greengrass’ Iraq war action picture Green Zone. Another Bourne movie is a guaranteed blockbuster, and the next Renner Diet Bourne could slot in a year or two later to keep the franchise warm until Damon needs another hit.