Box office space: No Good Deed has one good weekend 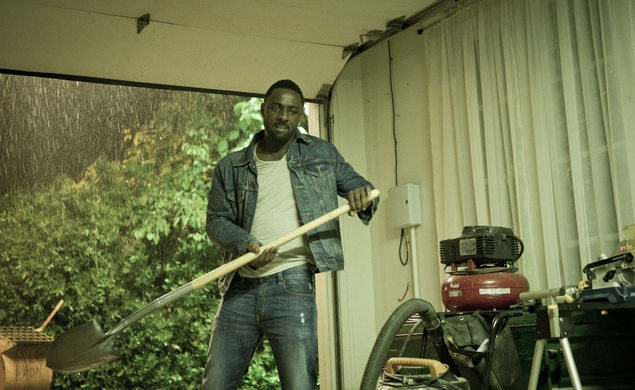 “Do not spoil the shocking secret of No Good Deed!” distributor Screen Gem cried as they cancelled the film’s press screenings. Apparently, the strategy worked; with the film’s twist unspoiled (and its poor quality relatively un-commented-upon), No Good Deed finally toppled the reigning box-office champ Guardians Of The Galaxy. The Idris Elba and Taraji P. Henson thriller debuted with an estimated $24.5 million in domestic theaters. That’s a very solid opening for a $13 million-budgeted movie in mid-September, though it’s down slightly from Elba’s 2009 thriller Obsessed. The film benefited from a relatively weak marketplace, and competition is about to get a lot tougher, but No Good Deed should turn a pretty good profit.

The other new movie of the weekend was Dolphin Tale 2, the sequel to the 2011 movie about a dolphin given a new lease on life when it receives a prosthetic tail. The first Dolphin Tale, with Harry Connick Jr., Ashley Judd, and Morgan Freeman, made $19.1 million in its opening weekend; the new Dolphin Tale, with the same cast returning for more porpoise-ful adventures, debuted with $16.5 million in U.S. theaters. I guess “Come see an adorable dolphin get a new tail!” is a more enticing sales pitch than “Hey, guess what! Remember that tail? Yep, he’s still got it!”

The rest of the box-office top 5 were August holdovers that have continued to draw audiences into the fall. Guardians Of The Galaxy held the #3 spot for the weekend, dropping just 22 percent and earning another $8 million in theaters. It’s now the first movie of 2014 to make more than $300 million at the domestic box office. In fourth place, the live-action, nostril-intensive Teenage Mutant Ninja Turtles made $4.8 million, bringing its domestic total after six weekends in theaters to $181 million. (Note to self: Children love mutant turtles with visible nostrils.) And in fifth place, the Jake Johnson and Damon Wayans Jr. comedy Let’s Be Cops made $4.3 million. The $17 million production has now made $72.9 million in the U.S. and another $21 million overseas; on the heels of We’re The Miller’s surprising success last August, it suggests that late summer audiences are hungry for more raunchy comedies (particularly if the characters have visible nostrils).

Nostrils were also a key selling point in the weekend’s per-screen average winner as well. The Sundance dramedy The Skeleton Twins, starring Kristen Wiig and Bill Hader as reunited siblings, made $411,000 from 15 theaters around the country, for a PSA of $27,400. The first of three versions of The Disappearance of Eleanor Rigby, starring Jessica Chastain and James McAvoy, grossed $77,200 on four screens, for a PSA of $19,300.