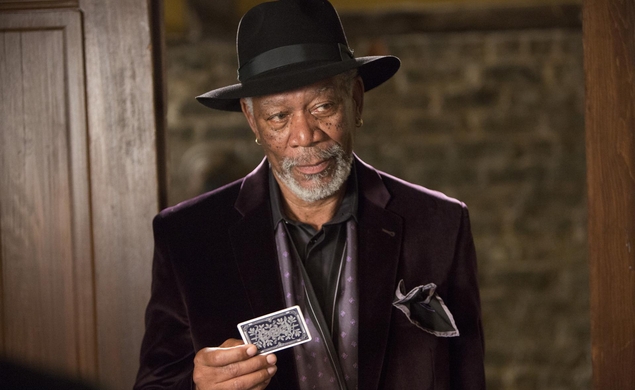 Man the chariots! The Mark Burnett and Roma Downey-produced remake of Ben-Hur that we first wrote about back in April is moving forward. Deadline reports that the first member of the film’s cast has been set, and it’s Morgan Freeman, he of Shawshank redemptions and penguin marches and almighty Bruces and vanity bonfires and so on and so forth. Hot on the heels of signing for a supporting role as an “iconic civil rights lawyer” in Seth MacFarlane’s Ted 2, Freeman has also agreed to play “Ildarin, the man who teaches the slave Ben-Hur to become a champion-caliber chariot racer.”

According to Deadline, Paramound and director Timur Bekmambetov are also getting close to signing their Judah Ben-Hur (possibly Tom Hiddleston), and plan on releasing their remake, which will be from a script co-written by 12 Years A Slave’s John Ridley, on February 26, 2016. Here’s the plot description:

“This version plays up the parallel storyline of Jesus Christ, but the focus is the blood feud between Judah Ben-Hur and Messala, who grew up best friends before the Roman Empire took control of Jerusalem. Judah Ben-Hur was a Jewish prince and Messala the son of a Roman tax collector. After the latter leaves to be educated in Rome for five years, the young man returns with a different attitude and mocks Judah and his religion. When a procession passes by Judah’s house and a roof tile accidentally falls and hits the governor, Messala betrays his childhood friend and manipulates the accident so that Judah is sold into slavery and certain death on a Roman warship, with his mother and sister thrown in prison for life. Judah vows revenge, culminating in the famed chariot races.”

That Morgan Freeman; such a freedom fighter, whether he’s helping a slave in ancient Rome or a sentient teddy bear in modern-day Boston. He is truly a hero.