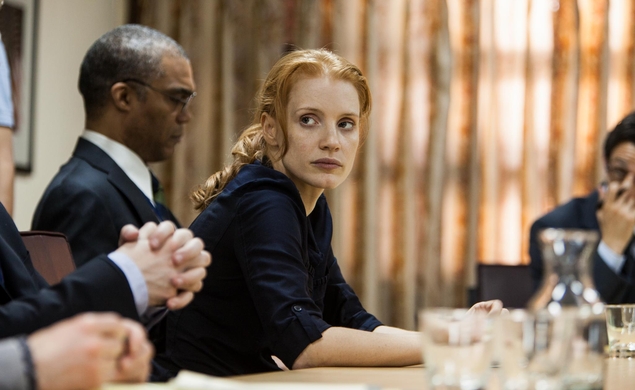 Nothing makes an actor or filmmaker more likable than finding out that they love movies as much as their fans do. I’m always heartened at film festivals when I see famous folks taking advantage of their credentials to go to screenings of other people’s work, rather than just walking the red carpet at their own premieres. At this year’s Toronto festival, for example, I saw director Mike Leigh and one of his Mr. Turner stars, Marion Bailey, walk in together to see Roy Andersson’s A Pigeon Sat On A Branch Reflecting On Existence. And throughout the fest I saw other directors and actors tweeting out praise for one film or another—including Jessica Chastain, who attended a private screening of her upcoming Guillermo del Toro horror picture Crimson Peak and then raved about it.

Chastain also tweeted earlier this year about how much she liked French-Canadian filmmaker Xavier Dolan’s Mommy; and Dolan responded by tracking her down and giving her the script for his next project, a showbiz satire called The Death And Life Of John F. Donovan. According to Indiewire’s Bent blog, Dolan has asked Chastain to play the villainous editor of a gossip magazine, who discovers that a major movie star has been spilling secrets in his private correspondence with a British pre-teen. Chastain’s participation in The Death And Life Of John F. Dolan hasn’t been confirmed, but Dolan told Bent that she loved the script and wants to be in what would be Dolan’s first English-language film. In the meantime, the two new friends will keep trading cute cat GIFs on Twitter, adorably.