Godzilla was only in 8 minutes of Godzilla; here are all of them 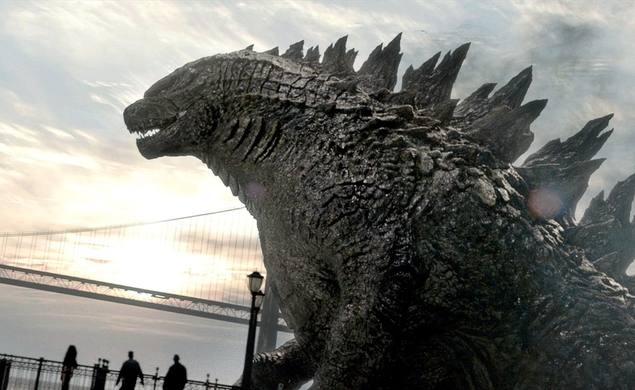 A common complaint about last summer’s Godzilla was that for a movie called Godzilla there simply wasn’t enough Godzilla in it. I didn’t necessarily agree—I was more frustrated by the excess of Aaron Taylor-Johnson than the absence of fire-breathing green lizards—but I could certainly relate. Those who did hate the lack of Godzilla will probably have a strong reaction to this supercut of every single shot of the big green guy in Gareth Edwards’ film, which only amounts to about eight minutes of a 123-minute movie. Take a look (understanding that if you haven’t seen Godzilla, this SPOILS every Godzilla-related part of it):

Focusing just on Godzilla himself lets you appreciate what a magnificent creation he is. Rewatching these eight minutes, I was struck by the elegance of his design, and the convincing physics of his movements (and also by how much his long, craning neck reminds me of the way my dog peers at me with a mixture of disgust and disinterest when I’m making funny voices). I suppose it’s not the worst indictment of a film to say that one aspect of it is so good that you desperately want to see more of it, but watching this supercut really made me want to see more of this character. But hey, that’s what sequels are for, right?

Interestingly, the companion compilation of all the shots of the big nasty MUTOs in the film runs four minutes longer than the one of Godzilla. Godz got upstaged in his own comeback movie by his villains! I guess the fact that there were two MUTOs means each only got about six minutes of screen time, so, on a technicality, Godzilla barely retains his crown as King Of The Monsters. (Also if you find a supercut of every time Aaron Taylor-Johnson delivers a line with soul-deadening blankness, please keep it to yourself.)