Big Game, an action movie with Samuel L. Jackson as the president, is coming to theaters 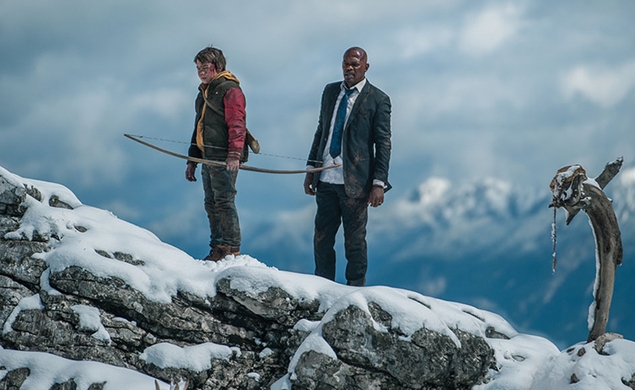 We live in the golden age of action movies involving the president of the United States. First, there was Air Force One with Harrison “Get Off My Plane” Ford. Then, we went through a period when our cinematic presidents were forced to solve problems with diplomacy instead of grenades. It was a very dark time. But then, last year, a ray of light: A double dose of democracy in action with Olympia Has Fallen and White House Down. And now the ranks of Prezploitation grow again with Big Game, a brand-new thriller starring Samuel L. Jackson as the Bad Mother Fucker In Chief, which just debuted in the Midnight Madness section of the Toronto International Film Festival. Here’s the film’s plot description from the official Toronto website:

“With a team of terrorists hot on the president’s trail, the life of the most powerful man in the world lies in the hands of a teenage woodsman—and this unlikely duo is soon plunged into a deadly game of cat-and-mouse, with the clock ticking towards disaster.”

Oh, Big Game official plot synopsis. You had me at “teenage woodsman.”

Big Game is Finnish director Jalmari Helander’s follow-up to his 2010 cult Christmas movie Rare Exports and, per Variety, it was just picked up for U.S. distribution by Luc Besson’s EuropaCorp, in partnership with Relativity Media. No release date yet, but I’m really excited to see this one. Everything about the idea of Sam Jackson as the President battling terrorists with the help of a bow-and-arrow-wielding Finnish teenager sounds fantastic.