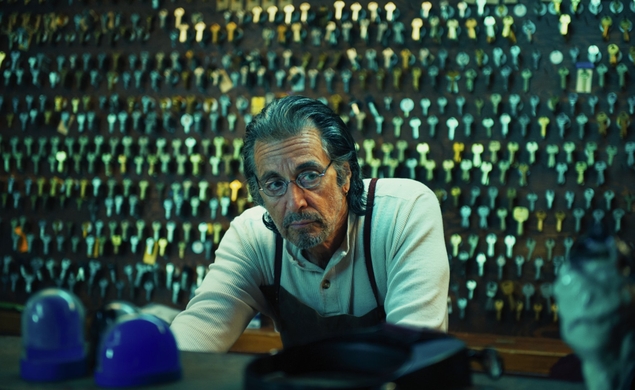 When a director is as busy as Martin Scorsese is these days, a project or two is bound to fall through the cracks. At the moment, Scorsese is prepping a feature called Silence that will star Liam Neeson, and developing a biopic about The Ramones, and he just shot a pilot for HBO about New York City’s rock scene in the 1970s, and he’s reportedly talking with HBO about another series, this one based on his 2010 movie Shutter Island. I got winded just writing that all down, so I don’t know how he’s going to physically complete all of those movies and television pilots.

The other potential project that I didn’t mention is probably the one longtime Scorsese fans are the most looking forward to: A reunion with Robert De Niro on a new gangster picture called The Irishman, an adaptation of a true-crime book called I Heard You Paint Houses about a man who claimed to have killed Jimmy Hoffa that would also star Joe Pesci and Al Pacino. De Niro and Scorsese have hinted at making another movie together for the last few years, and last fall De Niro confirmed that it could happen soonish (meaning after Scorsese shoots Silence). Then last February, De Niro told The New York Post, that he and Scorsese “have been trying to do [The Irishman] for the last few years, and I think we will do it.”

That brings us to today, when Pacino told The Daily Beast that in spite of Scorsese’s busy schedule, The Irishman is still on (at some unspecified point in the future). Here’s the key portion of the interview:

Are you still doing The Irishman?

You’ve never done anything with Scorsese, which is interesting because you would assume you would have at this point.

It is something. How is that even possible? A great performance in a Scorsese movie would really cap off the late-career comeback Pacino’s got brewing with his fall festival films The Humbling and Manglehorn. And if it got him and De Niro and Pesci all back together with Scorsese as well, even better. As much as I do want to see Silence, and am curious about Scorsese’s Ramones movie, this project is the one that I really hope he focuses on next.