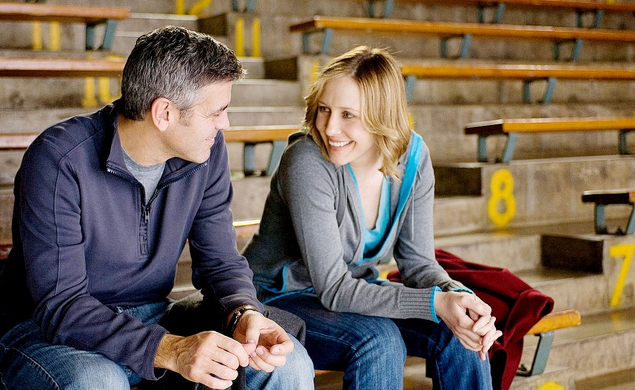 In Mike D’Angelo’s Day 3 coverage of the Toronto International Film Festival, he had some not-too-kind things to say about Jason Reitman’s new film Men, Women & Children, particularly singling out the movie’s strong anti-woman streak. Several commenters picked up that thread, wondering what had happened to the man who directed Juno.

allthedings: “Jason Reitman has had such a strange career arc. Even if you don’t love Juno, you have to admit he told that story the way those characters needed their story told. And he cast Olivia Thirlby, who seems to have sort of disappeared but was the best actor in most of her films. But the thing was, his female characters tended to be more fully realized than most directors seemed to manage. Not always in a positive way—nobody liked Charlize Theron’s character in Young Adult—but there’s nothing wrong at all with making some women unlikable. And you couldn’t hate her or Vera Farmiga’s character in Up In The Air, because they were riveting and interesting even if they were imperfect. Women deserve to be shown as imperfect, riveting characters and not just the extremes of Madonna/Whore. But—and, sorry, this is totally speculative—I wonder if his divorce somehow, at least temporarily, affected Reitman’s view of women in general. These last two movies seem to be awful on many levels, but their portrayals of women seem particularly problematic… I’m not judging him if the divorce was brutal, and I’m not saying he is consciously any less sympathetic to these characters. But the shift in tone and character is striking, going from being one of the best directors for actresses to work with to being, at best, just another blamer and at worst someone sliding into at least a mild form of misogyny.”

Wilson Phillips: “I always thought her character was given an easy out towards likability towards the end. Yeah in the first half of the movie she has many unlikable qualities, and I’m not saying what happened to her as a teen gives her the right to act bitchy all the time, but how could you not identify with her after she drops that bomb at the baby-naming party? I don’t know, I liked Young Adult but I always felt it all fit a little too neatly at the end.”

thesplitsaber: “After the resolution to Vera Farmiga’s character in Up In The Air, nothing about his treatment of female characters could shock me. I might be alone but that ending felt like a huge double standard, and brought down my view of the whole film (which I consider Clooney’s best performance, if not my favorite).”

allthedings: “My two cents, though I understand your point: Vera Farmiga’s character represented the hope that Clooney’s character had [that there was] one person, somewhere, who understood him and whom he could trust. The resolution operates on several levels and it tells Clooney that there is no magic person who will validate him when his limited social world is falling apart. It also tells the audience that they would’ve made a destructive couple. I suspected that she was married when they parted at the airport, but, to me, that was still a good ending. She deserves to have the same corny, melodramatic excuse that men in the movies have had for 100 years. Especially since, IRL, women cheat, if not just as often, nearly as often as men. And they don’t always cheat because they want to break up their marriage. It was real, even if it was corny, and it hit Clooney’s character like a bag of cement. He never thought he would be rejected by the women in his life, including his fuck-buddy neighbor. But he was. And that’s a good thing, for him and them.”

thesplitsaber: “I’ve just never understood why Reitman (as an adapter of the novel) picked her being married as the validation for her not wanting commitment. Clooney’s character didn’t want it originally, not because he was cheating, but because he’s a casual ladies man. That abrupt twist to her character wasn’t necessary for the man in the story, so I don’t understand why it was necessary for the woman. Other than it being the quickest way for her to say she can’t be with him. Which, to me, underlines a laziness in Reitman’s storytelling that seems to be coming to the fore in his last two movies.”

Chapman Baxter: “I’m a fan of all four of the Reitman films I’ve seen so far (from Thank You For Smoking to Young Adult) but I wonder how much of the strong female characters in Juno and Young Adult was down to him, bearing in mind the screenplays were written by Diablo Cody. That said, he did a great job with Up In The Air, my favorite of his films, without Cody, although the focus there was on Clooney’s lead rather than Vera Farmiga or Anna Kendrick (as good as the latter two are).”

help i’m a bug: “From what I recall, Thank You For Smoking maybe throws a bit of a wrench into this equation? I recall Katie Holmes’ character not seeming like a full person at all. Maybe, just maybe, it was Diablo Cody making the women interesting?”

allthedings: “My reply to that would just be that lots of other directors would not have had the disposition, the sympathy, or the intelligence to realize Cody’s work so well, including Cody herself. Most directors—and maybe especially most male directors—would’ve damaged Cody’s words and characterizations. Reitman cultivated them.”

Dr. Dischord: “It’s a steep drop, that’s for sure. He went from Alexander Payne’s heir-apparent in making deep, dark, satiric comedies to… I don’t even know what this is. The best analogue I can think of is when Neil Young got super pissy and made a bunch of mediocre albums in the 1980s. Hopefully Reitman recovers.”

Hey, what do you have against Trans, Dr. Dischord? It’s a misunderstood masterpiece!

I’m only half-kidding. I find the Neil Young/Jason Reitman connection interesting because one of the things I love about Young is that his personal trials and failings influence what he records—sometimes the detriment of the music, but always in ways that makes his overall body of work more fascinating. I can’t argue that the same is true for Reitman, because I haven’t seen Men, Women & Children yet, but you folks may have just offered a useful defense of the film. If its attitude toward humanity—and one half of humanity in particular—has been affected by Reitman’s own issues, then even if it’s a shitty movie, doesn’t it at least offer some insight into its creator?

The reason this is on my mind is that I just yesterday saw Noah Baumbach’s new film While We’re Young at TIFF, and while I liked it overall, I found its sour point of view on the younger generation somewhat dismaying, coming on the heels of the far more nuanced and generous Frances Ha. I’ll have more to say about While We’re Young when I write about it for for tomorrow’s Toronto coverage, but ever since I saw it 24 hours ago, I’ve been wondering if there was something in Baumbach’s personal life that turned him against mid-20s New York hipsters so suddenly. (Or is it just that Frances Ha was co-written with Greta Gerwig, who’s not around this time?)

Bear in mind that even if Reitman and/or Baumbach’s personal circumstances are tainting their work, that doesn’t automatically make the films better (or worse). I think While We’re Young has issues beyond its attitude; I also think that it’s a funny and well-observed movie regardless. But for these filmmakers that we’re drawn to—and I’m a big fan of Baumbach, I have to admit—it’s sometimes helpful to know that their movies are bummers because they’re having some problems. Because as Dr. Dischord suggests, maybe they’ll recover eventually.