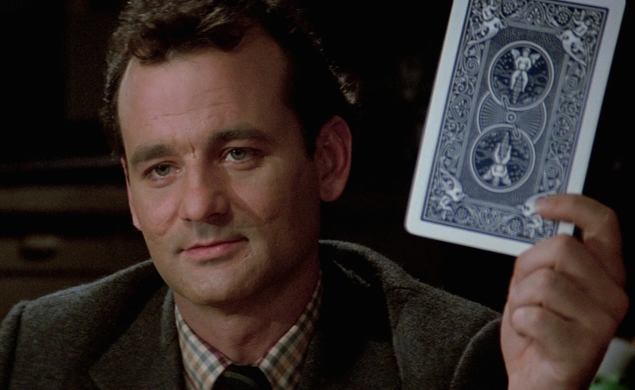 At this point, it seems like only a disaster of Biblical proportions could stop Sony from making another Ghostbusters movie. The total disinterest of star Bill Murray and the death of co-writer and co-star Harold Ramis did little to derail the planned third Ghostbusters, which, according to the latest rumors, would be an all-female reboot of the franchise, possibly under the direction of The Heat and Bridesmaids’ Paul Feig.

With Murray up at the Toronto International Film Festival promoting St. Vincent (and enjoying “Bill Murray Day,” a Canadian holiday celebrated by crashing bachelor parties and delivering hilarious and adorable toasts), questions about the possibility of a Lady Ghostbusters were almost as inevitable as the film itself. But Murray, as he always is with fans who ask him to appear in their engagement photos or sing karaoke with them, was generous and patient, and did offer his thoughts on the project.

As quoted in the Toronto Star, Murray said he’d heard about the female Ghostbusters rumors, and even endorsed the idea, claiming he “would go to that movie, and they’d probably have better outfits too.” When asked who he would cast in the movie, here’s who he suggested:

“Melissa [McCarthy] would be a spectacular Ghostbuster. And Kristen Wiig is so funny—God, she’s funny! I like this girl Linda Cardellini (Mad Men) a lot. And Emma Stone is funny. There are some funny girls out there.”

Before you grab your proton pack off your back and split, you should know that McCarthy, who co-stars with Murray in St. Vincent, says that no one has approached her about the movie, and that if they did, she wasn’t sure she would be interested. (“Oh my God, that’s daunting,” she admitted.) McCarthy did concede, however, that if Murray’s preferred cast was chosen for the gig, she would have to take the job, admitting “I would do anything with those ladies, anything at all.” If I was McCarthy, here’s how I would look at it: When Bill Murray anoints you worthy of a Ghostbuster jumpsuit, you take the job.