Al Pacino is on the comeback trail in The Humbling trailer 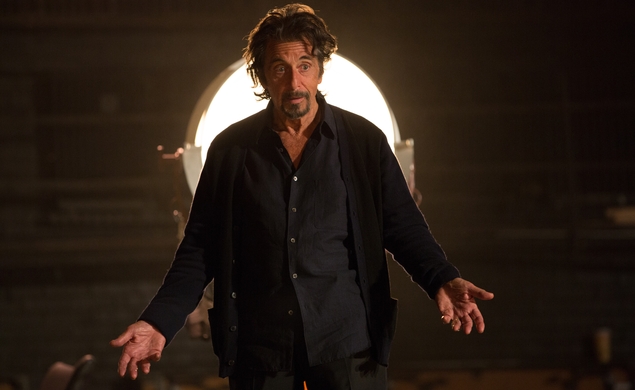 “Three-quarters of the things we do in life are mistakes!” Al Pacino says in the trailer for The Humbling, his new film with director Barry Levinson. For Pacino, it’s been more than 75 percent mistakes for a while; when the highlight of your past decade is stunt-casting in a terrible Adam Sandler movie (and a shameless but funny commercial for Dunkin’ Donuts in said terrible Adam Sandler movie), things could be going better. Pacino is on the comeback trail, though, with two films on the fall festival circuit: Manglehorn from David Gordon Green, and The Humbling, based on a Philip Roth novel and a screenplay co-written by Buck Henry. Here’s the film’s first trailer:

The Humbling’s reception at Venice has been mixed (“Such inept, shuffling nonsense that an apter title might have been The Bumbling,” moaned The Telegraph), but at least Pacino is working with smart filmmakers and trying different things. An actor of his caliber deserves better than schlocky thrillers like 88 Minutes and Righteous Kill. Even if it is a misfire, The Humbling could still be a step in the right direction.