After Midnight: Diary Of A Young Comic 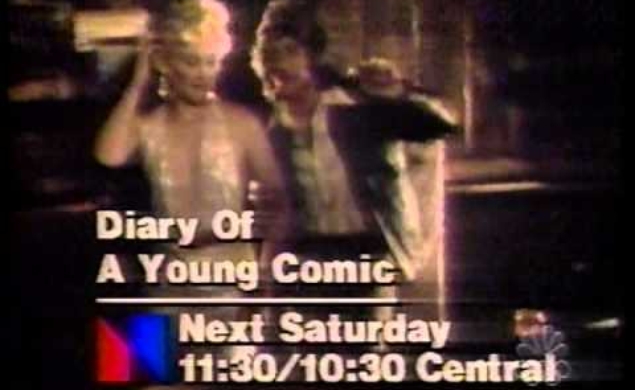 The new double-DVD set Richard Lewis: Bundle Of Nerves collects odds and ends from the veteran stand-up’s career, including the 1995 indie drama Drunks, the 1997 HBO special Magical Misery Tour, and a tour through Lewis’ house full of showbiz memorabilia. But the real rarity on the disc is Diary Of A Young Comic, a 1979 TV movie co-written by Lewis and directed by Gary Weis. Weis was a filmmaker who played a big part of the comedy scene in the 1970s, through the strange, poetic little pieces he ran on Saturday Night Live. Diary Of A Young Comic is like a near-feature-length version of one of Weis’ SNL films (and actually ran in SNL’s time-slot), starring Lewis as an aspiring New York comic named Billy Gondola (née Goldstein) who moves out to Los Angeles and goes through the rigamarole of getting a manager and head-shots while scrambling for his big break. But California is weird, and Billy doesn’t really have an act yet. So he takes on very odd jobs—like selling language-building “vocabumat” placemats—and hangs out with his Marilyn Monroe lookalike neighbor, while trying to figure out what kind of comic he should be.

Diary Of A Young Comic doesn’t document much about Lewis’ comedy, or about the 1970s stand-up scene in general. Aside from a snippet of a Gary Mule Deer performance and a five-minute excerpt from Lewis/Billy’s set at The Improv, there’s very little in Diary of A Young Comic that actually captures what it was like to be a young comic back then. But the movie makes a fine record of show business in the late 1970s (right down to the loopy Loudon Wainwright III theme song), and of how New Yorkers viewed Los Angeles. The funniest bits in the film are the little vignettes of L.A. life, from Billy’s New Age cousin eliminating half of the sounds in every word so that she can express their “essence,” to Billy’s neighbor popping by in the middle of the night to see if he has any “dietetic bridge mix.” The still-pertinent question that Diary Of A Young Comic asks is whether it’s worth putting up with all that eccentricity just because the West Coast offers more opportunities to bump into Dom DeLuise.