The 10 best characters of the 2014 summer-movie season 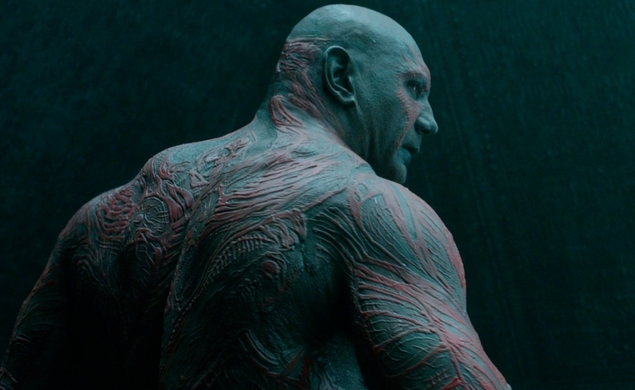 It’s the last week of August, which means it’s also the last week of “Summer Movie Season,” that glorious, extremely loud six-month period of every year when explosions, spandex, and stupidity reign supreme at the multiplex. And while there have been some blockbuster turkeys in 2014 (we haven’t forgiven you yet, Transformers: Age Of Extinction), there’s also been a better-than-average crop of solid large-scale entertainments and superb low-budget indies. To celebrate the highlights of summer ’14, we’ve selected our 10 favorite characters—five men and five women—from summer movies big and small. When we think back on the last couple of months, these are the cinematic creations we’re going to remember most fondly.

Though Brett Ratner’s Hercules was sold as a generic swords-and-sandals epic, it actually managed to squeeze a fair amount of satire—and some surprisingly big laughs—out of its look behind the legend of Hercules (Dwayne Johnson), who in this film is more “demi” than “god,” and who uses (and puffs up) his enormous reputation to help maintain his business as a mercenary. After his family’s death, Herc wanders through the ancient world with a team of warriors, a motley crew of memorable character actors including Rufus Sewell, Reece Ritchie, Ingrid Bolsø Berdal, and the real star of the show, Ian McShane as Amphiaraus, the group’s resident oracle. Blessed (or perhaps cursed) with the gift of second sight, Amphiaraus has predicted his own death—giving him an enormous amount of confidence in battle (after all, he knows he won’t die), and then, after his prophecies begin to get disproven, hilarious notes of doubt. Amphiaraus is the sort of role many actors take for an easy paycheck; McShane took it to have some fun, and his glee in swashbuckling through ancient Thrace is palpable and contagious.

It’s hard to pick just one favorite character from Guardians Of The Galaxy—Chris Pratt’s Star-Lord, Bradley Cooper’s Rocket Raccoon, and Vin Diesel’s Groot were all worthy of this list—but in a movie full of scene-stealers, Dave Bautista’s Drax The Destroyer was the slyest and most compelling thief. He was also the most well-rounded character with the most fully-realized arc. Drax’s family was murdered by Ronan The Accuser (Lee Pace), and he’s out for revenge, but his feelings (and his goals) grow more complicated the longer he spends with his quirky comrades. Bautista’s deadpan line deliveries brought off all of James Gunn and Nicole Perlman’s jokes about the culture clash between his savage alien warrior and Pratt’s wise-ass human thief, and there may not have been a more purely joyful moment at the movies this summer than the one where Drax keeps missing Groot’s dance to The Jackson 5’s “I Want You Back.” The movie wasn’t even over yet, but audiences already shared that sentiment.

Ewa Cybulska (from The Immigrant)
Played by Marion Cotillard

Polish immigrant Ewa Cybulska arrives at Ellis Island in 1921, ready to begin a new life in America with her sister Magda (Angela Sarafyan). But then Magda is diagnosed with tuberculosis, their uncle never arrives to pick them up, and Ewa falls into the hands of a manipulative con man and pimp (Joaquin Phoenix) who pushes her into a life of prostitution. It’s a setup straight out of a hundred mid-century woman’s pictures, but it’s elevated significantly by James Gray’s confident direction, Darius Khondji’s moody cinematography, and Marion Cotillard’s incredible performance as Ewa, which contains equal amounts of vulnerability and resolve. What initially appears to be a story about victimization slowly becomes a portrait of strength and indomitable resolve, and Cotillard brings all of it to life while navigating the potential minefield of a heavy Polish accent.

Not every actor can give a great performance while wearing an enormous papier-mâché head, but Michael Fassbender does just that in Frank, as an artist/musician who’s so attuned to the possibilities of creativity and collaboration that he inspires everyone around him. The problem is that Frank is mentally ill, and the more his cohorts encourage him to push himself, the more he risks becoming a danger to himself and others. He’s a tricky character, Frank: simultaneously funny, sweet, edgy, and deeply sad in a way he refuses to acknowledge. Fassbender plays the charisma and the depression with equal oomph.

Klara (from We Are The Best!)
Played by Mira Grosin

Any one of the three 1980s Swedish teens who form a rudimentary punk band in Lukas Moodysson’s ebullient comedy We Are The Best! could be on this list, but Mira Grosin’s Klara is especially fascinating, because she’s the instigator and the strident idealist, challenging her friends’ weaknesses for religion and boys (even though she smooches one bandmate’s crush-object, with barely a second thought). Klara is a short, skinny dynamo—so punk that she’d rather play her instruments crappily than do something as poseurish as practice.

Andy Serkis has been justly praised for his motion-captured performance as the well-meaning chimp Caesar in both Rise and Dawn Of The Planet Of The Apes, but Tony Kebbell is just as credible in Dawn playing Koba, Caesar’s right-hand ape. Though he ultimately becomes the villain of the piece, leading the apes against the humans, Koba is also something of a tragic figure, because he genuinely loves Caesar, and feels forced by circumstance to turn his philosophical differences with his friend into an act of war. Kebbell and the animators do an excellent job of conveying Koba’s keen mind and abiding personal pain.

Luc Besson’s bizarre, philosophical action-thriller Lucy wouldn’t work as well as it does if it weren’t anchored by Scarlett Johansson, who’s become much more commanding as she approaches 30 than she was a decade ago. But it also helps that there’s more to Johansson’s title character than just “party girl who has her brainpower super-boosted.” Though introduced as a woman who makes bad choices (such as dating a dude who forces her to tote a briefcase full of synthetic drugs), Lucy is sympathetically terrified when she’s surrounded by murderous criminals, and has a poignant moment in the middle of the film when she calls home one last time before the brain-boost erodes her humanity. There’s a lot about Lucy that’s ludicrous, but the overall effectiveness of the film stems from the person beneath the powers: someone who’s more than just a superheroine.

Most movie characters get arcs; Boyhood’s unique 12-year production schedule gave its protagonist, Mason Jr. (Ellar Coltrane) a full life. Director Richard Linklater focuses more on minor details than major moments, then lets those details accumulate and blossom into turning points; watching the film is sort of like observing ripples in a pond; witnessing seemingly insignificant acts and watching as they shape the characters’ lives, sometimes without them ever realizing it. How much of Mason’s anti-authority attitude, for example, stems from that one time his stepfather forced him to get a bad haircut? And even though Mason dislikes his other stepfather, he gets his first camera from the man, who sets him on his path to becoming a photographer. With respect to the season’s $200 million spectacles, seeing Mason (and Coltrane) evolve organically over a dozen years was the summer’s biggest thrill.

The part of Minister Mason—the brutal bureaucrat who maintains law and order over the rear sections of the titular train in Snowpiercer—was supposedly conceived for a man. (Possibly John C. Reilly.) But after meeting with Tilda Swinton, director Bong Joon-ho rewrote the part for her. Good move. As Mason, Swinton is by turns hilarious, terrifying, and utterly pathetic—and in her big monologue scenes, she chews the scenery with the abandon of poor train residents getting their first protein blocks in a month. Though most critics compared Mason to the late Margaret Thatcher, in interviews Swinton claimed she also drew inspiration from “Silvio Berlusconi, with Gaddafi, with Adolf Hitler, with people in North Korea, and maybe even a little bit of bombast from the United States.” In other words, she’s a unique creation, one that could only have sprung from the fearless, inventive Swinton—who, between The Grand Budapest Hotel, Only Lovers Left Alive, and this film, is having a career-best year.

It’s hard not to like any character who’s introduced standing atop a dragon, high up in the clouds, but Hiccup’s long-lost mother Valka is exciting to watch not just because she’s fearless, but because she’s also a little deranged. From years of living alone on her hidden island sanctuary for rescued dragons, Valka has become a wiry, wide-eyed true-believer, and part of what makes her so compelling in How To Train Your Dragon 2—besides Cate Blanchett’s resonant voice-performance—is that her maternal feelings for Hiccup are in conflict with her cause. She’s dangerous, in a way that mothers in family films rarely are.