Martin Scorsese is planning to direct a Ramones movie 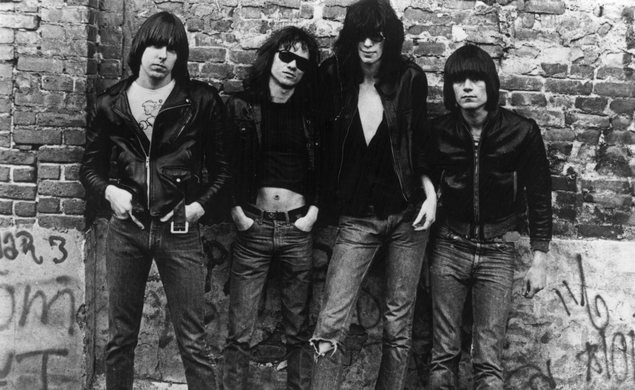 Even though Martin Scorsese worked on Woodstock, palled around with Robbie Robertson, and has deployed Rolling Stones songs as well as any filmmaker ever, his musical taste has never been stuck in the 1960s. From his use of Sid Vicious’ version of “My Way” over the closing credits of Goodfellas to his popularization of Dropkick Murphys’ “I’m Shipping Up To Boston” by placing it prominently in The Departed, Scorsese has throughout his career been drawn to energetic rock ‘n’ roll of all stripes. So the news on TheWrap late yesterday that Scorsese is planning to make a movie about punk-rock godfathers the Ramones isn’t that surprising, really. The Ramones are a New York band that rose to prominence in the 1970s, around the same time that Scorsese was doing the same. There’s a kinship there.

The real question is: When the hell is Scorsese going to make this movie? He’s about to start shooting his long-gestating Jesuits-in-Japan drama Silence with Liam Neeson. He’s been developing a Frank Sinatra biopic, and another Robert De Niro/Joe Pesci crime picture. And he has multiple HBO projects in the works, including the just-announced Shutter Island spinoff series, a documentary about Bill Clinton, and a series about New York’s music scene in the 1970s (the pilot for which was reportedly shot last month). Is Scorsese maybe planning to shoot the Ramones movie in tandem with the HBO rock drama?

Complicating matters is that the Ramones’ debut album came out in 1976, and the band’s estate-managers are listing the Scorsese film as part of a big 40th anniversary celebration in 2016. In Hollywood, 2016 is practically tomorrow. Late last year, Scorsese admitted that he probably only had “a couple more” years left to make movies before he gets too old. Maybe the best we can hope for then is a Scorsese short film about the Ramones—which would be appropriate, given the average length of the band’s songs.