Warner Bros. reportedly has a “no jokes” policy for its DC Comics movies 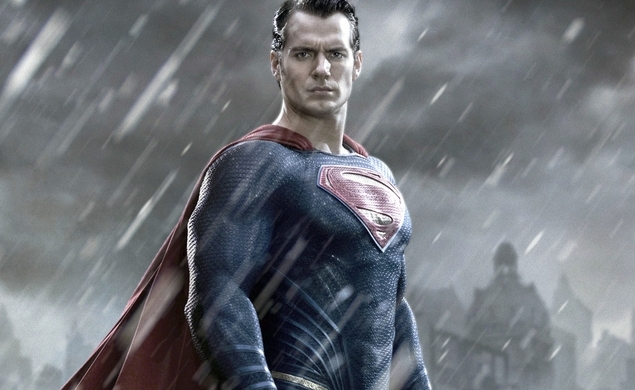 First it was Sad Batman. Then came Sad Superman. Then another shot of Sad Batman. Next, the world met Angry Wonder Woman. With each new teaser photo from the set of Batman V Superman: Dawn Of Justice, the film looks more and more ridiculously dour. If you like your superheroes grim and gritty, get ready! Because this is going to be the grimmest and grittiest comic-book movie ever, starring all the biggest DC Comics characters as you’ve never seen them before: As sufferers of clinical depression!

Everytime a new Batman V Superman photo gets released, I can’t help but crack a few more jokes. But apparently around the halls of Warner Bros. this—or anything, really—is no laughing matter. According to HitFix’s Drew McWeeny, those at Warners in charge of the rapidly growing DC movie universe (with nine more films following BVS) have one paramount rule as they begin to adapt these characters:

“Last week was about the fifth time I’ve heard that there is a mandate at Warner Bros. regarding any of the DC superhero films in development, and it’s very simple and direct and to the point. ‘No jokes.’”

Why so serious? McWeeny suggests that after Green Lantern—a movie with plenty of jokes, and advertised accordingly—bombed, Warners has vowed not to make the same mistake twice. This seems like an extreme choice—Nine films without a single joke between them? Is that even possible?—but one look at the Sad Justice League assembled in those early photos suggests that even if Warners doesn’t consider “no jokes” a hard-and-fast rule, they do want to sell Batman V Superman as a very “serious” movie.

Christopher Nolan’s Dark Knight trilogy, and even Man Of Steel proved there is an audience for that kind of superhero film. But as Guardians Of The Galaxy continues to prove, there’s just as big an audience for the exact opposite approach as well. I would think the smart plan would be flexibility; comedy where appropriate (like, say, in a movie about The Flash) and less humor in other cases (like when Sad Batman’s around—although someone should give this guy a DVD of the old Adam West show and tell him to lighten up). By banning any kind of frivolity you run two risks: 1) Making something so depressing, it fails as blockbuster entertainment or 2) Making something so excessively earnest that it becomes unintentionally funnier than any deliberate joke could ever be. Now if you’ll excuse me, I have to get back to work on my YouTube video setting all of the Batman V Superman preview images to Vince Guaraldi’s “Christmastime Is Here.”