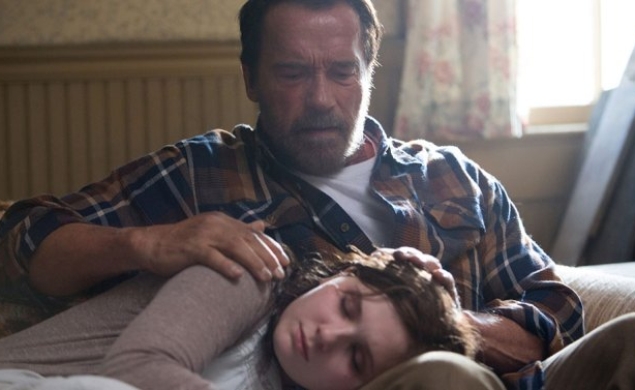 One of the odder-sounding movies in the Toronto International Film Festival program this year is Maggie, the feature-directing debut of graphic designer and filmmaker Henry Hobson. According to TIFF’s catalog description, Maggie stars Arnold Schwarzenegger as a Midwestern farmer who tries to keep his family together when his oldest daughter (played by Abigail Breslin) gets infected with a disease that essentially turns her into a cannibalistic zombie. The Lotus Entertainment production has been called more of a sensitive slice-of-life and coming-of-age picture than a horror movie—and with an international action superstar like Schwarzenegger in the lead, that’s an especially intriguing direction for Hobson to take.

Apparently, Hobson has done good work with Maggie, because today Lionsgate issued a press release saying it had acquired the North American distribution rights to the film, and is planning to release it in 2015. In a statement, Lionsgate’s Steve Beeks said, “Maggie has all the ingredients that spell commercial excitement: A compelling script and an A-list superstar surrounded by a world-class cast. We’re delighted to continue our relationship with Arnold Schwarzenegger, who turns in a performance that marks a dramatic departure from his action persona, and partner with our friends at Lotus Entertainment on a film that will resonate with thriller aficionados everywhere.”

Lionsgate’s press release didn’t saying anything about Maggie’s impending TIFF debut, except to call the acquisition “a preemptive deal prior to the start of the Toronto International Film Festival.” But The Hollywood Reporter’s item on the Maggie pick-up adds that the film has been pulled from Toronto because of the 2015 release. If true, that’s an unusual move to make, because a lot of films that play at fall festivals—genre movies especially—don’t come out until months later, after a long period of buzz and build-up.

Speaking personally, this is lousy news, because I was looking forward to seeing Maggie next week. But in a more general sense, this is good news, because it means that Maggie might be as worthwhile as it initially sounded—and it also means that everyone, not just festival-goers, will get to give it a look next year.