Op-ed: Requiem for a movie guide 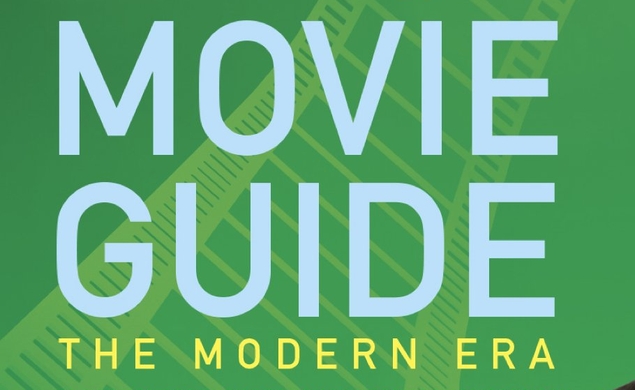 When something people once highly valued ceases to exist, there’s an understandable impulse to seek a simple, concrete explanation for what caused its decline. Sometimes, as in the case of the comet or asteroid that slammed into the Gulf of Mexico 66 million years ago and killed all the non-avian dinosaurs, there really is such an explanation (though even that theory has provoked some scientific dissent). Those are pretty rare occurrences, however. More often, a lot of diverse factors are to blame, and the reason that gets bandied about is merely the most obvious, or the most convenient, or the one that sounds best.

That’s almost certainly the case with Leonard Maltin’s Movie Guide, which will publish its final edition next month, concluding a run that lasted 45 years. Maltin’s foreword reportedly attributes the book’s sharp decline in sales over the past few years to the omnipresence of the Internet, noting that “an entire generation has been raised to acquire all their information online from their mobile devices or computers.” The implication is that no physical reference book can now compete with the wealth of information readily found online, via websites that can accommodate virtually any amount of data, and are accessible almost anywhere. And he’s right, up to a point. If you want to quickly find out who starred opposite Paul Le Mat in Aloha, Bobby And Rose (Dianne Hull), or what aspect ratio Raintree County was in (either 2.35:1 or 2.76:1, depending on whether the print was 35mm or 65mm), it’s much easier to just check the IMDB, unless the Movie Guide happens to be in your lap at that particular moment.

All the same, I’m pretty sure it’s not as simple as “Cyberspace Killed the Paperback Star.” Hearing the news the other day inspired sharp pangs of guilt, as if an ex-girlfriend I’d lost touch with had suddenly died. After buying the Guide annually for 17 or 18 years, I never replaced my copy of the 2006 edition, which is currently gathering dust in a box in my mom’s garage. The Internet had little or nothing to do with it. Leonard and I just grew apart.

Like most relationships, it began with a chance encounter. My local video store kept a copy behind the counter, and the place wasn’t staffed by budding Quentin Tarantinos; when I asked a clerk’s opinion of some obscure title, he shrugged and handed me the Maltin Guide: “Try looking it up in here.” I was a teenager, not yet a cinephile, and it had never occurred to me that someone might have assembled reliable information about whether individual movies were any damn good. From that day on, I became That Kid Who Always Asks For The Maltin Guide, selecting films based on their star ratings. The staff would watch in amusement as I went through each genre (Comedy, Action, Horror, Western) alphabetically, checking the rating for each title until I found one that got four stars. Once I exhausted their supply of four-star movies, I started again at “A” and rented 3.5-star movies. Such was my initial tour of the cinematic canon.

I soon graduated to purchasing my own copies. This year’s edition will be published in September, but the Guide used to show up in bookstores around mid-August. I know, because I would stop by the Barnes & Noble across from Lincoln Center practically every day toward the end of summer, making a quick run up to the Film/TV section to see if the new edition was out yet. Once it appeared, every subway trip for the next several weeks found me going through the book page by page, looking for the new reviews. By that time, I’d started devouring film criticism (and was en route to becoming a pretty opinionated critic myself), so I no longer needed the Guide to help me decide which films to watch; when a repertory series was announced at MoMA or Film Forum, I was more likely to consult the alt-weeklies, or knowledgeable friends. But I still wanted to know what the “official” verdict was on everything, and in my mind, the Maltin Guide was the voice of record. I even once wrote to Maltin, c/o his publisher, asking him to include an index of new reviews so “we” (because my behavior was oh-so-typical) wouldn’t have to leaf through all 1,000-plus pages every year seeking them out. Never heard back.

(Confession time. Some of you may know that I maintain, on my personal website, a list of every film that opens commercially in New York City. Been doing it since 1998. As far as I know, it’s the only such resource in the country, and it’s proven very useful; when critics are sent invitations to participate in year-end polls, for example, they’re usually directed to my site for a list of eligible films. Those lists were originally created specifically so I could use them to look up new reviews in the Maltin Guide. True!)

As the years went on, though, this annual ritual became less and less satisfying. I hope that that’s at least in part because I outgrew the cataloguing compulsion and/or got a life, though there’s little evidence of either, frankly. But as it happens, I remember the first rumblings of dissatisfaction. They involved a 2000 film called Songcatcher. The Guide gave it four stars. To this day, I have not seen Songcatcher. Maybe it deserves every one of those stars. Thing is, though, it was the only new four-star review allotted in that year’s edition, and Songcatcher had generally received pretty lukewarm reviews. In the next edition, only two new films, out of hundreds, got the highest rating, and one of them was Nowhere In Africa. That one, I had seen. Maltin doesn’t write all the reviews himself, but the Guide as a whole seemed to be canonizing some pretty forgettable pictures.

For the record, here’s every film that’s received four stars for the past 20 years:

I might be missing one or two recent titles, as the lists I found online (which concur) were compiled from the 2011 and 2012 editions, respectively. But we’re basically talking about one film per year, on average. And I submit that if you asked most critics to name the 20 best films from the past two decades, you wouldn’t see most of the movies above turn up frequently. It isn’t that they’re bad (well, I think quite a few of them are pretty bad, but I recognize that I’m an outlier); it’s that they’re so… bland, collectively. Only Talk To Her, The Social Network, and maybe The Best Of Youth strike me as seminal achievements—films that could turn up high on the Sight & Sound poll in decades to come. Otherwise: polite applause.

Then there were the painful dismissals. The Guide’s two-star review of Taxi Driver was always one of its biggest curiosities, but that’s largely because it was so unusual—contrarian opinions were rare. As my own taste got more adventurous, however, I winced more and more whenever I looked up personal favorites. Memento got 1.5 stars: “Pretentious pap… adds up to zero.” (Whoever wrote that—probably Maltin, as he confirmed to me in an interview some years ago that he reviews most high-profile titles—did at least acknowledge that “the film has many ardent fans.”) Out Of Sight (2.5 stars) apparently “needs a shot of adrenaline.” In The Mood For Love (also 2.5) “too often keeps us at an emotional distance.” And those are some pretty accessible examples—let’s not get into what the Guide thinks of offbeat experiments like Buffalo ’66, Gerry, What Time Is It There?, and Uncle Boonmee Who Can Recall His Past Lives.

Granted, readers can go through the reviews of all critics (me including) and cherry-pick instances in which they seem totally out to lunch. By 2005, however, the Maltin Guide seemed to me so divorced from the critical consensus—even when I fervently disagreed with the critical consensus, as I often do—that it was no longer worth consulting. I didn’t feel the need to know whether last year’s highly-acclaimed film got two stars or managed to eke out 2.5. Browsing the Guide felt like watching the Oscars in super-slo-mo. It still had some utility (and I bought the companion volume, Leonard Maltin’s Classic Movie Guide, which became necessary when too many obscure Golden Age films were being crowded out to make room for new reviews), but there seemed no need to purchase a new edition every year. So I stopped. Like most relationships, this one ended not in anger, but in apathy. I just didn’t care anymore.

A typical experience? Probably not. All the same, I think it’s too easy to blame the Internet for the Guide’s demise. Maltin did release an app—which I bought, excited by the prospect of being able to carry all the reviews around with me on my phone—and while it stopped functioning a while back due to licensing issues, those issues would likely have been worked out, had the enterprise still been perceived as viable. There’s no reason why the Guide needed to remain a physical book, any more than The New York Times needs to indefinitely remain a physical paper. It failed to make the transition because its sensibility was outdated. In the end, all it had to offer was information, and that was no longer enough. Data is cheap and plentiful these days. What the Maltin Guide also used to have was credible authority, and that’s what its successor—in whatever form it may take—will surely require.