James Bond will return… in a November Man sequel 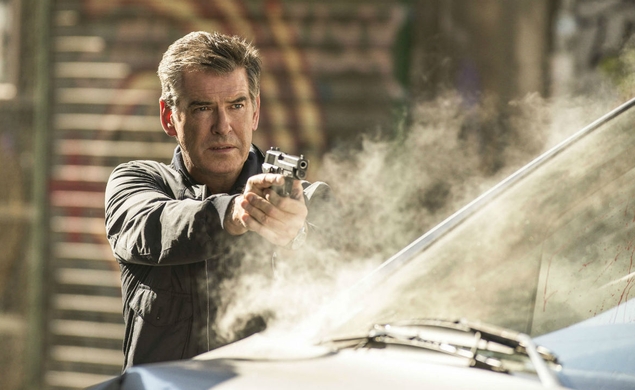 Since retiring as James Bond after 2002’s Die Another Day, Pierce Brosnan’s made relatively few action movies, focusing instead on thrillers (The Ghost Writer), domestic dramas (Married Life), and assorted indies (Salvation Boulevard). But Brosnan’s latest film, The November Man, which comes out (somewhat incongruously) later this month, is a big return to espionage-style adventure, with the former 007 playing a former CIA agent who comes out of retirement to protect a woman (former Daniel Craig-era Bond girl Olga Kurylenko) from his former protégé (Luke Bracey).

And I guess the film does not end with Brosnan’s character getting killed! That’s because Relativity just announced that Brosnan will return for a second November Man. A statement from Relativity president Robbie Brenner, via Coming Soon:

“The November Man is a gritty series that re-invents the spy genre with its master Pierce Brosnan by combining the best elements of James Bond and Jason Bourne while echoing the cool, sleek action movies of the 70s. We are excited to launch The November Man later this month and to continue to explore Peter Devereaux’s dangerous world with Pierce over the years to come.”

The November Man is actually based on one of several books about the character writen by author Bill Granger. The very late August release date doesn’t inspire a ton of confidence, though the director, Roger Donaldson, has made a few solid genre pictures in this scale, including the original Species and the superb 2008 heist movie The Bank Job. I’m basically just hoping the movie is good enough to actually warrant the sequel it’s already getting. No pressure, The November Man.