Simon Pegg and Edgar Wright are planning another project 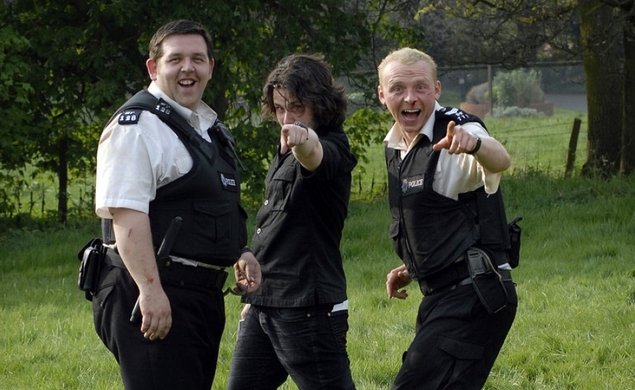 Marvel’s Ant-Man may have finally gone into production yesterday without Edgar Wright, the man who developed the project for years and then left it earlier this summer over creative differences with the studio, but the Shaun Of The Dead and The World’s End filmmaker is keeping busy lining up his cinematic dance card for the next few years. In the past month, Wright has supposedly mulled a feature titled Baby Driver, and a YA-adaptation called Grasshopper Jungle; now comes word from BBC 6 Music (via Digital Spy) that Wright’s already in the early stages of another film with his frequent collaborator, writer and actor Simon Pegg, who starred with actor Nick Frost in Shaun and World’s End, along with Hot Fuzz, to form Wright’s “Cornetto Trilogy.”

The World’s End was supposedly the end of the Cornetto films, but Pegg told the BBC that his partnership with Wright will continue. “The next thing we do… will just be something else. It will happen. We made three films in ten years and hopefully in the next decade we’ll make another three.” Though both men are busy, Pegg says “the coming-together thing is without question on the table and will happen when we can do it.”

“Edgar and I were having a conversation the other day about it, and it has a title and everything. We’re kind of into a creative cycle now… I really love working with those guys and I wouldn’t ever not want to work with them. It’s not even a question.”

It doesn’t sound like Untitled Non-Cornetto Pegg/Wright Movie will be next thing either gentleman makes, but it also sounds like these guys have a pretty firm idea in mind (it even has a title!) and a commitment to make it at some point. Which means that even if Ant-Man is happening without Edgar Wright, it’s really not the end of the world.