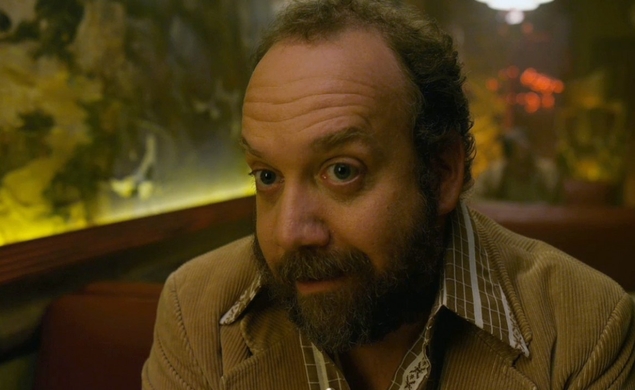 We’ve been tracking the progress of F. Gary Gray’s N.W.A. biopic Straight Outta Compton, which is set to star Ice Cube’s son O’Shea Jackson Jr. as Ice Cube, and is due to go into production fairly soon, aiming for an August of 2015 release date. Now one of the other major roles in the film has been filled, according to The Hollywood Reporter. Paul Giamatti has signed on to play Jerry Heller, a music industry legend who co-founded Ruthless Records with N.W.A.’s Eazy-E, and helped manage the group and the label to unprecedented success for an indie hip-hop outfit.

Giamatti and Gray have worked together once before, when Giamatti had a small-but-memorable role in the 1998 Samuel L. Jackson/Kevin Spacey vehicle The Negotiator (back when “small-but-memorable” roles were about the only kind that Giamatti could get). But by playing Heller, Giamatti also extends his long tradition of playing the person next to the person who is doing something memorable. Giamatti was nominated for an Oscar for one such part: playing boxer James J. Braddock’s manager Joe Gould in Cinderella Man. (That’s Giamatti’s only nod from the Academy so far, believe it or not.) But he also gave one of his first splashy performances as Howard Stern’s handler/nemesis Kenny “Pig Vomit” Rushton in Private Parts; and he also played a rock star’s manager in Rock Of Ages, and a political campaign manager in The Ides Of March. Need someone to play the hangdog aide to a celebrity? Get Giamatti!