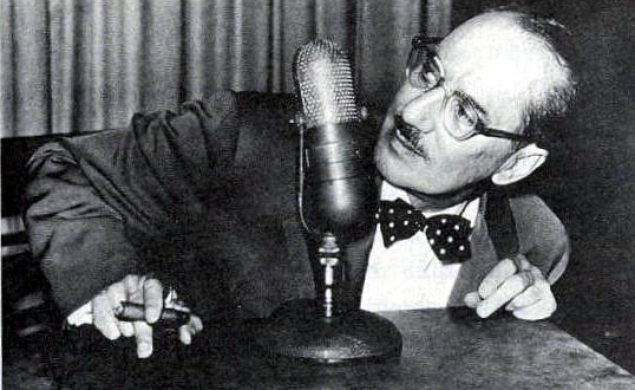 The Marx Brothers made their last feature film together in 1949, Love Happy, but they didn’t retire from show business when they retired from movies. For the next two decades—until Chico Marx died in 1961, Harpo in 1964, and Groucho in 1977—the Marx Brothers appeared regularly on television, separately and together, on variety shows, sitcoms, game shows, and commercials. Shout! Factory’s The Marx Brothers TV Collection assembles a lot of these Marx Brothers leftovers, some of which are just nostalgic (and in some cases strained) recollections of their old act, and some of which show Chico, Harpo, and Groucho riffing in character. The three-disc set is a fascinating cross-section of television in the 1950s and 1960s, revealing how the medium frequently looked to bolster its legitimacy by hiring the legends of the silver screen.

The clip above is from a 1959 episode of The Dinah Shore Chevy Show, and is described in the TV Collection’s liner notes as the earliest color videotape of Groucho Marx. The song, “Peazy Weazy” (sometimes spelled “Peasie Weasie”) dates back to the early days of the Marx Brothers’ act on the vaudeville circuit, reportedly purchased for $27 back in 1912. Groucho tells Dinah that it’s the first song he ever sang in vaudeville: a fun bit of wordplay that can be made mildly suggestive if the crowd is up for that kind of thing.

The Groucho singing with Dinah isn’t the teenager he was the first time he sang “Peazy Weazy,” but he dances along with her gamely, and makes a few lecherous moves in her direction, like the Groucho of old. He misses cues, he’s slightly off the beat, and he seems like he’d rather spend three minutes talking about “Peazy Weazy” than singing it. He’s also absolutely wonderful. Groucho always had a knack for mocking the very idea of putting on a show, even as he was singing and dancing and working the crowd. Here, Groucho croons and hoofs along with a real pro, and looks like he’s having a grand time between the occasional “isn’t TV silly” winks toward the audience. It’s a treat to see.