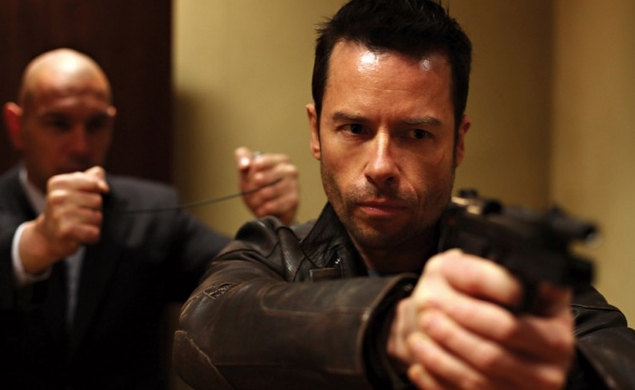 Last week I watched the 1975 Charles Bronson action-Western Breakheart Pass, newly available on Blu-ray from Kino Lorber’s “Studio Classics” line; and as I usually do when I’m writing a review of an older movie, I looked to see what critics had to say about it back when it was originally released. The answer? Not much. Vincent Canby of The New York Times gave Breakheart Pass one of its most positive notices, writing, “It's a highly efficient entertainment of the sort sometimes labeled escapist.” Other major critics either ignored the film altogether or briskly dismissed it, and for the same reason in both cases: Because Breakheart Pass didn’t offer anything they weren’t seeing on movie screens and television screens nearly every week.

I have to say, though, as much as I agree with my friend Scott Tobias that this has been a good summer for blockbusters, right about now I could really go for a movie where Charles Bronson plays an Old West secret agent fighting treasonous gun-smugglers on a train. Breakheart Pass wasn’t a B-picture, and it wasn’t a blockbuster. It was a modestly budgeted genre film of modest ambition—which today would make it an anomaly.

I’m not big on the lament “You couldn’t get a picture like that made today,” which I hear just about every time I watch a featurette or listen to a commentary track on a DVD or Blu-ray of an older film. In my experience as a moviegoer, there is almost no kind of movie that was made in the 20th century that hasn’t also been made in the 21st. Elements may change—there’s less racist comic relief in cinema now, for example—but I typically hear the “you couldn’t” argument applied to issue-driven melodramas, earnest romances, and quiet stories of everyday life, all of which are still very much around.

It’s just that movies like that aren’t made as often by Hollywood studios, which is what these older filmmakers really mean when they say that times have changed. (Case in point: The people involved with the strange 1968 social drama The Swimmer, who register the “you couldn’t” complaint over and over on that movie’s recent Blu-ray edition.) When these folks were active in the business, a system was in place to produce and market movies that weren’t Oscar-bait and also weren’t expected to have audiences lining up around the block. That system has largely broken down, replaced by one where studios would rather take a dozen big swings each year, in hopes that two or three will connect.

What falls through the cracks in modern Hollywood are the Breakheart Passes: the thrillers, Westerns, cop movies, adventures, and fantasy pictures that don’t cost $100 million, don’t star A-listers, and don’t concern themselves with complicated world-building or thinly veiled social commentary. Again, it’s not that no one is making low-to-the-ground genre movies any more. It’s just that they more often come from overseas, or from the low-budget/straight-to-video wing of the business. What I’d love to see more of are not-too-expensive, studio-made action/adventure/suspense films that open widely. Looking at the Box Office Mojo list of 2014 releases, the highest-grossing example this year of the kind of movie I’m talking about is Non-Stop. (In fact, I have the feeling that 40 years from now, some nostalgist like me is going to be waxing rapturous over Liam Neeson movies the way that I am over Charles Bronson.)

I think the perception in Hollywood is that there’s no need to make a lot of these movies, because superhero and YA franchise films satisfy the public’s craving for action; and besides, with the advances in special effects, television can pick up any remaining slack. But there’s a bloat to tentpole films that keeps them from being the low-stakes Saturday afternoon diversion that I’m looking for. And as for television, the fetish for serialization and “prestige” means that even shows about spies, cowboys, and federal marshals are brooding, intense, and overcomplicated. If Breakheart Pass were a modern cable TV series, it’d take an entire 13-episode season just to get Bronson on the train—and even then he’d feel really conflicted about it.

The good news is that sometimes crafty little genre pictures do make it to the big screen (if not always with much Hollywood studio involvement), and when they do, people like me who love this sort of thing spread the word as fast as we can, before the film disappears. Whenever there’s A Perfect Getaway, or a Premium Rush, or a Lockout (a.k.a. Space Jail), the news does get around quickly—even if the burning passion for the merely entertaining isn’t enough to make these movies into big hits. I’m not saying that if Breakheart Pass were released in 2014 that it’d be a smash. I’m only saying that there a lot of us out here who’d appreciate it.