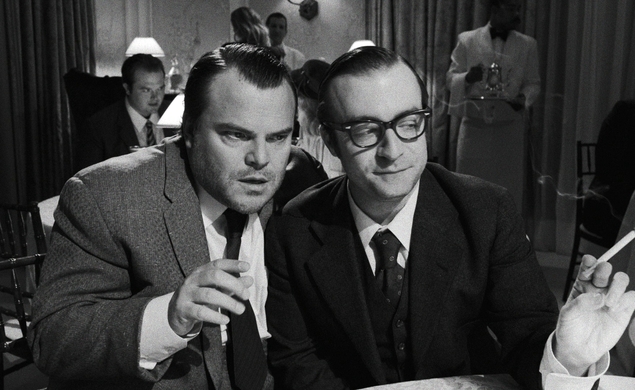 Comedy Central has been on a roll lately with its original programming, with shows like Broad City, Review, Key & Peele, Inside Amy Schumer, and Nathan For You all generating buzz for their approach to comedy, while still being genuinely funny. One of the Comedy Central shows that’s flown a little under the radar—even though it’s as reliably clever and hysterical as any of the above—is Drunk History. Originally a Funny Or Die web series, Drunk History is the brainchild of comic actor Derek Waters and director Jeremy Konner, who coerce their comedian and actor pals into memorizing anecdotes about lesser-known historical events, then getting word-slurring, falling-down drunk, then trying to re-tell those stories. The genius of Drunk History is in the re-enactments, which sees a different set of actors—in period costume—lip-synching almost perfectly along with the drunken narration, right down to every mispronunciation and lost train of thought.

Last week, Drunk History turned its attention to Hollywood, with Steve Berg recalling the furor over Citizen Kane, Derek Miller describing how Walt Disney stole credit from Ub Iwerks for the creation of Mickey Mouse, and Drew Droege recounting how Ronald and Nancy Reagan made the shift from the movie business to politics. Below are fairly substantial excerpts from all three, with Tony Hale playing Iwerks, Michael Angarano playing Disney, Jack Black as Orson Welles, John Lithgow as William Randolph Hearst, and Lindsay Sloane and Nick Kroll as the Reagans. The Disney history is my favorite. (And this clip doesn’t even include the best moment from that segment, when Hale as Iwerks flips out at a party after Angarano’s Disney asks him to sketch Mickey for a little kid.) All of them are funny, though—and they’re even kind of informative.