Feedback: How many masterpieces does it take to make a master? 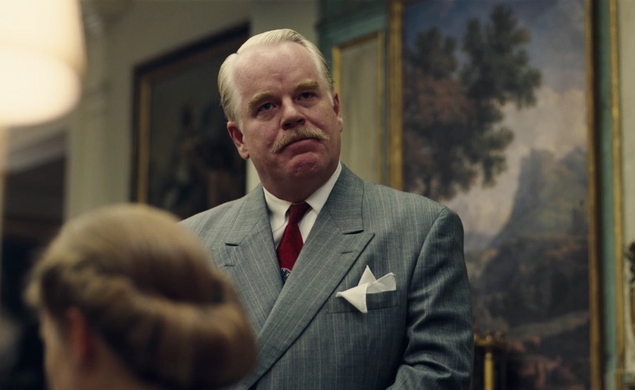 Nathan Rabin’s “Encore” column last Friday about Paul Thomas Anderson’s Boogie Nights follow-up Magnolia spawned a comment section full of appreciations for the film and for Anderson. But Dissolve commenter “washington” balked a bit at the lovefest, saying that Anderson—as good as he is—has been too quickly anointed as the great American filmmaker of this era. That touched off a lively conversation about what it takes for someone to be considered a “master,” and whether the praise lavished on someone like Anderson sucks up attention from critics and cinephiles that should be going to lesser-known filmmakers who are just as gifted. Here’s a sampling of the discussion:

washington: “To see such a young director with such a small number of films to his name get such hyperbole while great veterans like Pialat or Plympton languish in comparable obscurity despite easily being more impactful to the history of cinema and arguably have made many greater films even ignoring the historical importance. Again I like him, but jeez he hasn’t proven himself one of cinema’s best yet.”

Donnie: “I’d be curious how many films one is required to make before they can be considered ‘one of cinema’s best.’ Ten? Twenty? Can we not consider Tarantino or Kubrick great?”

washington: “A tough one to answer, with even your examples showing the problem I am trying to express. Saying QT or Kubrick really suggests a limited sense of history, ignoring the most classical example of a short career that is highly vaunted: Jean Vigo. I think though that is a fair precedent where he didn't become a sacred cow until well after his death which seems reasonable for such a short career of genius. With your two examples though, who knows?”

riobravo79: “I also get a little testy whenever the term genius is thrown around with abandon, but I still feel PTA is a fine director. His films have, for me, grown appreciably more subtle and human with each successive film. That being said, I can rarely make it through Magnolia, which gets a bit too shrill for me with about half the cast, but I know I’ll be watching The Master again and bawling as soon as Hoffman starts singing. And There Will Be Blood is on permanent rotation for the cinematography alone.”

washington: “Yeah, I love The Master, Punch-Drunk Love, and There Will Be Blood and don’t want to indicate otherwise, but even the most comparable directors to him did not become such sacred cows so early and with so few films. Scorsese, who I think presently has a similar cult, didn’t get this status at the earliest until Goodfellas a good 23 years after his first feature and arguably that was not solidified until that generation grew up around 2002. Likewise Stanley Kubrick is pretty close to where PTA is aesthetically but never in his lifetime really achieved such acclaim. Hell he didn’t get that freedom that PTA did by this third feature until 2001 15 years after his first. That’s just annoying to me.”

wallflower: “No, Scorsese was very much a hot young director and considered great after Mean Streets and Taxi Driver, and most definitely after Raging Bull. A lot of his 1980s work was discussed with curiosity because people weren't sure how to fit it in to the earlier work. Goodfellas was very much seen as a return to form. And to say Kubrick ‘never in his lifetime received such acclaim’ is also wrong. I was there.”

riobravo79: “I think it’s a combination of a dearth of up-and-coming directors at the time, outside of Tarantino and the imitators. Pialat is from a different, more experimental era. That and everyone loves to start romanticizing when youth comes into the picture (26!!). PTA is the director people name-drop as a prodigy when they don’t want to dig deeper past the big studio efforts. Wes Anderson if you want to dig even less (He’s the one that gets my dander up).”

washington: “See, I was thinking of Wes Anderson too and I feel at least with him (and QT) the fawning is balanced with some more measured assessments. (Also, Wes Anderson had a fairly long stretch where the establishment just kind of hated him). PTA doesn’t really have that cooler response aired at least in a way that is reasonable. (I used the term measured for a reason.) To use a strained analogy, it’s like he’s been all sex, lies and videotape without a tempering Underneath. Even someone like Godard (to use the ne plus ultra example of what you’re talking about) had The Small Soldier situation. Though I think you are absolutely right that the peacocking without historical weight is probably the thing that annoys me alongside him being such a typical choice. (I have the same issue with Deakins.)”

Levi Williams: “Hey, when he makes a bad movie then he can have his period where everyone rages on him.”

washington: “I feel like I should say something disparaging about Boogie Nights (which contrary to this article is not perfect), but that seems rude. Instead I’ll say that I think fortunately and unfortunately PTA has really moved into the function that Kubrick used to occupy where he’s baby’s first experimental filmmaker. He makes grand sometimes even great films that are just experimental enough to excite and enrapture young viewers and hopefully get them to watch even more daring and challenging films which is an extremely important place to occupy. Unfortunately it also manages to produce a lot of excess praise because it is so easy to digest as a ‘difficult’ film compared with true experimenters. There comes a point where there’s no perspective.”

Levi Williams: “Well you yourself nailed it on the head. He makes grand sometimes even great films. You might not be a big fan of Boogie Nights, but you’d be in the minority. That doesn’t mean you’re wrong, but that means that even your go-to weak film of his is pretty universally acclaimed. When a filmmaker has had a streak of nothing but universally acclaimed, grand to great films it’s not surprising that he is put on a pedestal. I won’t argue over whether it’s worthwhile to designate him ‘experimental,’ but I wouldn’t be surprised or offended that a director that has kept that streak going a decade and a half is called a genius.”

washington: “Though that streak is easier to maintain when you’re coming out with films so infrequently. A run like Soderbergh’s over his last decade is much more impressive to me eyes. Though that is a minor quibble since I’m not trying to denigrate PTA, but rather express my own exhaustion with that undeserved pedestal when his greatness is a small (though existent) one to many other director’s. How many of the good people here, for example, have said he is their favorite director which is just crazy to me when there are hundreds out there much more exciting, emotional, daring, and many other positive adjectives. I don’t think it reflects poorly on most of them and this is pretty much just my thing, but it really feels like undeserved applause at the expense of better directors.”

riobravo79: “I totally get it. What I’m worried about is that these directors will be the old guard in a few years time and I cannot imagine the amount of venom I will be spewing when Wes Anderson (who has relegated himself to one, remarkably trite style) is mentioned in the same breath with Scorsese. That said, I have faith that PTA will continue making interesting, ambitious films. He actually reminds me a bit of Soderbergh. Both directors make fun, nuanced films that aren’t half as pretentious as some make them out to be.”

This conversation raises a legitimate concern about something I’ve always found to be a negligible issue: What does it matter if an overwhelming critical consensus forms around a particular film or filmmaker? That subject’s been bandied about quite a bit over the past couple of weeks, with the raves for Richard Linklater’s Boyhood leading some to wonder whether it’s possible to write even a mixed review for that film without getting shouted down and called a troll. Honestly, this is an issue that I rarely sweat much. It’s up to individual critics to make their case for why they’re swimming against the tide, and the value of their argument has to do solely with the quality of the writing and the insight, not their overall opinion (in my opinion). I don’t see any inherent value in dissent in and of itself; only in how well-reasoned it is.

The same goes for praise. If Paul Thomas Anderson’s Inherent Vice becomes another critical favorite—and early buzz suggests that it will—the preponderance of positivity is going to matter far less than how well it’s articulated. I fully expect that Inherent Vice will inspire some beautifully written, incisive analyses, because Anderson’s films usually do. And because I read a lot of older criticism (as a byproduct of writing about a lot of older movies), I’ve found that the writing on film that lasts isn’t the vaguely boosterish review or the “takedown,” but rather a piece that engages seriously with the work, whether it be from a position of admiration or of skepticism.

But will all the column inches that’ll be devoted to Boyhood and Inherent Vice by the end of 2014 be taking up space that could be devoted to something that film buffs should know more about? That’s a valid question, and one that any person or publication that writes about cinema should take seriously. We try to make space for all sorts of movies here at The Dissolve, but we do devote more energy and attention to blockbusters and to higher-profile American indies and foreign films, because that’s what we talk most about amongst ourselves, and that’s also what our readers are debating in the comments every day. If we’re passionate about a smaller film or filmmaker, we might do more than just a review, but the reader-response to those kinds of interviews or essays is generally so modest that we have to think hard about whether it’s worth pouring our resources into it. (Sometimes we decide that it is; sometimes not.)

The end result of critics wanting to write about what everyone else is writing about—and what readers want us to write about, judging by the traffic—is that someone like Anderson becomes “important” just through sheer momentum. Time will tell whether that’s a mistake on all of our parts. The history of popular culture is clogged with examples of artists who didn’t get their due until decades after they were active, and artists who seemed to matter more at the time than they do now. It’s hard to know in any particular moment whether we’re getting that wrong.

I have a good feeling about Anderson though, who has yet to make a film that’s not personal, expressive, and ambitious—and that doesn’t reward multiple viewings. He’s not infallible; no one is. But to me, Anderson has a track record where even if something he makes seems “off” initially, he deserves the benefit of the doubt and maybe a second look. And maybe that’s what defines a “master,” even more than the number of actual masterpieces.