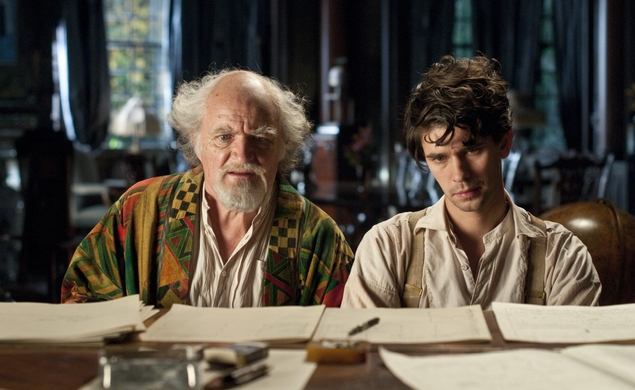 As part of their first annual Studio Responsibility Index report on the representations of gay, lesbian, and transgender characters in movies, GLAAD introduced what they called “The Russo Test,” named after GLAAD co-founder and film historian Vito Russo. It’s designed to “analyze how LGBT characters are represented in a fictional work.” Inspired by the Bechdel Test, which considers a movie’s representation of gender based on whether or not it contains multiple female characters who carry on a conversation about something other than a man, the Russo Test works in a similar fashion for movie’s representation of sexuality. It evaluates movies based on three criteria:

1) The film contains a character that is identifiably lesbian, gay, bisexual, and/or transgender (LGBT).

2) That character must not be solely or predominantly defined by their sexual orientation or gender identity (i.e. the character is made up of the same sort of unique character traits commonly used to differentiate straight characters from one another).

3) The LGBT character must be tied into the plot in such a way that their removal would have a significant effect.  Meaning they are not there to simply provide colorful commentary, paint urban authenticity, or (perhaps most commonly) set up a punchline; the character should matter.

An example of a recent film that passed the Russo Test would be Cloud Atlas, which featured an entire storyline about a romance between two men played by Ben Whishaw and James D’Arcy. The characters are identified as gay, defined by more than just their sexual orientation, and the removal of their subplot would have a significant impact on the rest of the film.

It’s hard to instantly evaluate these kinds of broad tests, but at first blush this one does seem useful (we welcome your opinion about its efficacy in the comments section below). Meanwhile, the rest of GLAAD’s SRI report offered more analysis of Hollywood’s LGBT representation, including the fact that out of 101 major studio releases in 2012, just 14 featured characters identified as lesbian, gay, or bisexual (none included an example of a transgender character). Only six of those 14 films passed the Russo Test.

The full SRI report also rates each individual studio, and finds two of them failing in their depictions of LGBT characters. Walt Disney Pictures produced just one LGBT-inclusive movie last year, The Avengers, which narrowly made the cut thanks to a cameo by out MSNBC anchor Thomas Roberts. 20th Century Fox was even worse; not one of its 15 theatrically released 2012 films contained a single LGBT character. Can we get a Russo Test for movie studios next?