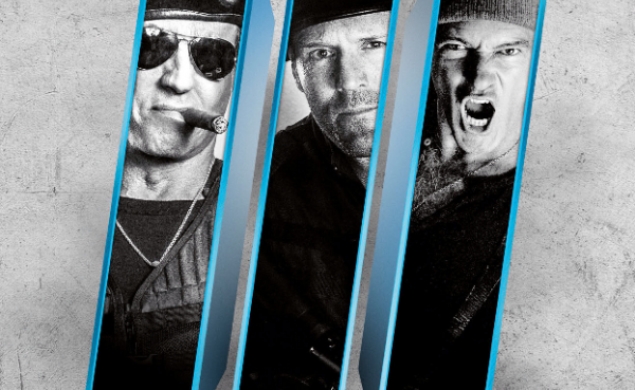 In one of the most high-profile instances of movie piracy since the hubbub over X-Men Origins: Wolverine back in 2009, a little over a week ago a high-quality copy of the as-yet-unreleased action picture The Expendables 3 showed up on various torrenting sites; since then, the film has reportedly been downloaded over a million times. If every one of those downloads could be equated to a lost ticket sale (which it probably can’t, because some people who download movies had no plans to see them in theaters anyway, and some will still go out to see it), that’s over $10 million in box office that The Expendables 3 has already lost, two weeks before its August 15 opening in the United States.

The film’s domestic distributor, Lionsgate, doesn’t intend to let that potential lost revenue slide. According to The Hollywood Reporter, Lionsgate yesterday filed a lawsuit against the websites that have been hosting the pirated file, which was uploaded by an anonymous person (or group) known as “John From I-10.” Lionsgate is demanding an immediate cessation of the online distribution of The Expendables 3, and also want the file returned, the websites shut down, and the site’s owners prevented from reopening for business elsewhere. To make sure that everyone knows they’re serious, Lionsgate’s lawyers suggested that they could go after the sites’ ISPs and the financial institutions that bankroll them.

That latter legal maneuver could be the key to this case, since it’s hard to sue the unknown. Lionsgate’s goal here seems to be to prevent torrent sites from operating with the tacit approval of the institutions that enable them to exist. Keep an eye on how this plays out, because The Expendables 3 case could have ramifications for torrenting sites everywhere. Plus, if Lionsgate’s lawyers get backed into a corner, they have dozens of action heroes they can call on to help them out. (Surely Kelsey Grammer knows a little something about tort law.) If you haven’t watched the entire movie yet, Lionsgate also just unveiled the film’s final trailer on Twitter.