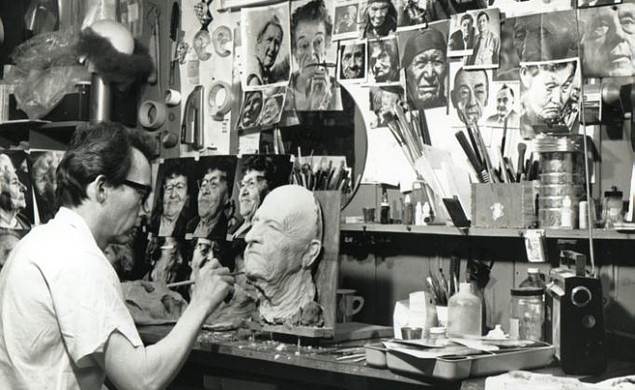 “Even when the characters were fantastically weird, I always tried to make them believable.”

Those were master makeup artist Dick Smith’s words to The Washington Post in 2007, succinctly describing both his approach and the secret behind his enormous success. Smith didn’t just bring the fantastically weird to life; he brought life—convincing, credible reality—to the fantastically weird. He revolutionized the field of special-effects makeup in the 1960s and ’70s, won an Academy Award for his work on Amadeus, and an honorary Oscar in 2012 for lifetime achievement. Sadly, as tweeted this morning by fellow makeup guru Rick Baker, Smith has passed away at the age of 92.

In that same Post article from 2007, Baker, who got his start as Smith’s assistant on The Exorcist, credits Smith with “the state of the art in prosthetic makeup today,” adding that “Dick showed that makeup wasn’t just about making people look scary or old, but had many applications.” In this video interview, Smith himself talks about how he got into the business: While a pre-med student at Yale in the 1940s, he found a book on movie makeup and his imagination was sparked. He began using himself as a test subject for his earliest work, attending movies dressed (and made up) as classic Universal monsters. Incredibly, Smith was entirely self-taught; many of the techniques he pioneered he developed through experiments he performed in his basement.

He couldn’t find a job in Hollywood, so after he got out of school, Smith became the first staff makeup artist at NBC. After almost 15 years in television, Smith left the company and finally started making the transition to film. His first significant film work was making Anthony Quinn look like a punch-drunk prize fighter in 1962’s Requiem For A Heavyweight. From there, he went on to spend almost three decades as one of the premier makeup men in Hollywood. He made Dustin Hoffman look like a 121-year-old man in Little Big Man, and created Marlon Brando’s makeup in The Godfather. Linda Blair’s outrageous look in The Exorcist became a sensation, but some of Smith’s finest work was his least visible; for Taxi Driver, for example, he designed the mohawk that Robert De Niro wore as Travis Bickle. To this day, few people realize De Niro didn’t actually shave his head for the role.

Practical effects may be considered “old-fashioned” today, but Smith’s work has stood the test of time; many of his creations, like De Niro in Taxi Driver, look just as good in 2014 as they did when they were first introduced. A lot of the tricks of the trade he invented remain in use to this day, and will continue to inspire modern makeup artists for years to come. There’s a wealth of material about Smith on YouTube; I recommend starting here, with this two-part tour of his basement workshop and his old-age makeup techniques.