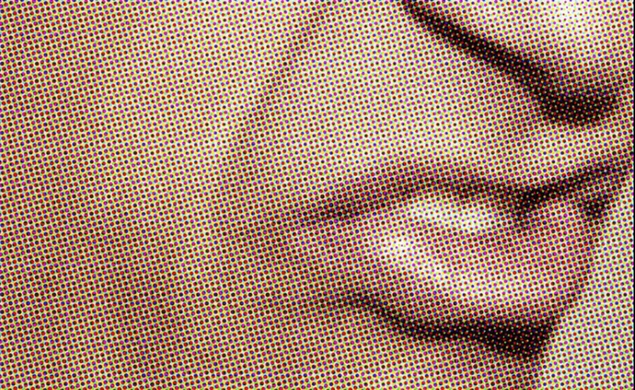 In last week’s “After Midnight” column, I wrote about Scream! Factory’s terrific special edition Blu-ray of the teen werewolf movie Ginger Snaps, which contains a documentary about the making of the film, including one particularly insightful anecdote. Several people who worked on Ginger Snaps talk about how the mostly teenage cast was encouraged to make the dialogue sound natural, which in the case of these kids meant liberally sprinkling their lines with the word “fucking.” On the set, this didn’t seem like a problem, but when it came time to cut the movie together, the expletives began to seem excessive, and the editors had to do their best to cut as many “fucks” as possible without destroying the flow of the scenes. Ginger Snaps is a gory movie that frankly explores teenage sexuality, so it was always going to be R-rated. But the foul language makes the movie seem more vulgar than it is.

I don’t have a lot of hang-ups when it comes to adult material in movies (as anyone who keeps up with the “After Midnight” column should know), but I find that profanity, when sloppily deployed, can be disruptive. I’m no boy scout, believe me. I use salty language all the time—especially when I’m in a roomful of film critics, where I inevitably turn into Joe Pesci in Casino. And I know that most often, when a movie is littered with “fucks,” it’s just trying to reflect reality. The high-schoolers swear a lot in Ginger Snaps because the actors themselves defaulted to swearing, as high-school kids so often do when they’re away from parental supervision.

But one of the most important tricks of moviemaking is to learn how to replicate the truth of a situation without artlessly throwing it onto the screen as-is. In a recent Rolling Stone article, Richard Linklater talks about how people often assume that his movies, which feel so real, must be improvised. Linklater calls that assumption “an insult,” adding, “Real talk would be horrible.” As a case-in-point, consider the wave of “mumblecore” movies from the mid-2000s. Their off-the-cuff quality had some charm, but one of the biggest issues with so many of those movies was how they confused inarticulate rambling with reality. It’s more impressive when writers, directors, and actors can craft dialogue that has a realistic flavor, but is also functional, in terms of advancing the plot, establishing characters, and just generally being entertaining. (Also: “Realism” in dialogue shouldn’t always be a filmmaker’s highest aim. The stylized dialogue of David Mamet, the Coen brothers, and Quentin Tarantino is as truthful in its way as any improv.)

When it comes to profanity in movies, I often find that more swear-y a movie is, the more juvenile it seems. I remember when I was a teenage short-story writer, under the influence of Stephen King, I dropped vulgarity into my writing haphazardly in an attempt to make the stories more worldly. Maybe that’s whey now, whenever I see a “fuck”-heavy indie film, I picture precocious young screenwriters, not unlike myself as a kid, who think they know more about real life than they do. (If the movie is using “fuck” as a verb and not as an exclamation, that’s even more show-off-y.)

It’s not just young hacks who have this problem. Paul Thomas Anderson’s Magnolia is a great film, but Anderson lets the profanity run rampant in that picture, to a degree that it starts to feel like a teenager’s interpretation of how adults talk. The preponderance of “fucks” are largely unnecessary, too. Because I have my DVR set to record anything by my favorite directors, I recently re-watched Anderson’s Boogie Nights in the expurgated version that airs on FX Movies. The cable version isn’t completely cleaned up—cable allows “shit” and “goddamn,” and lots of slangy sex talk—but for a movie about pornography, the cable Boogie Nights was almost family-friendly. And it was still utterly absorbing, because what makes that movie work isn’t the explicitness, but the performances, the setting, and the woozily swooping camera.

I’ve heard it said that it’s unrealistic to tell stories about cops or action heroes or what-have-you in which the characters don’t swear. (That’s why the TV revival of Battlestar Galactica introduced the word “fracking,” and why basic-cable dramas like USA Network’s Suits have its characters bellowing awkward sentences like, “I’m not goddamn joking!”) For me though, when Wolverine throws a “fuck off” into an X-Men movie, that’s more distracting than having the character say “flamin’” all the time, as he did in the comics. The profanity feels self-conscious—a way of saying, “Hey, we’re all 13 here.”

Don’t get the idea that I’m anti-profanity. I enjoy the poetic filth of movies like The Last Detail, Slap Shot, Full Metal Jacket, and many more; and it’s not like I wince at every “what the fuck” or “oh fuck” in a film, given that I use both of those phrases myself about a dozen times a day. But as with any aspect of cinema, the number of R-rated words in any given scene should be something that filmmakers weigh with care, and can justify creatively. Just saying “but that’s how people talk” is rarely a good enough reason.