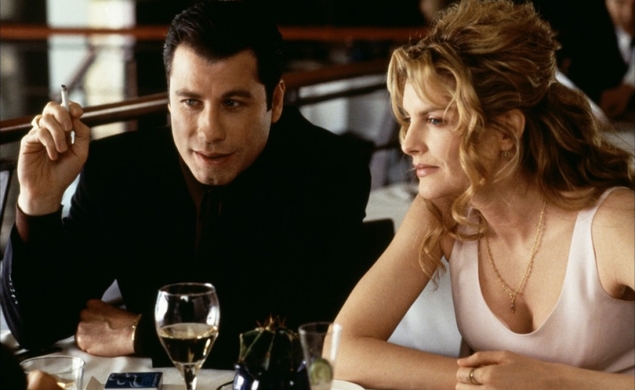 At The New York Times, the late Elmore Leonard’s rules for writing:

“1. Never open a book with weather. If it’s only to create atmosphere, and not a character’s reaction to the weather, you don’t want to go on too long. The reader is apt to leaf ahead looking for people. There are exceptions. If you happen to be Barry Lopez, who has more ways to describe ice and snow than an Eskimo, you can do all the weather reporting you want.”

Slate’s David Haglund on why Leonard’s rules for writing are full of exceptions:

“In other words: Don’t do these things, unless you’re good at them. Then go ahead. Which is actually, in itself, not terrible advice. Leonard’s rules are not so much rules for writing well as they are pointers for how you might avoid writing badly.”

At Entertainment Weekly, Jerry Lewis finally talks about The Day The Clown Cried:

“I thought when I read it, This is not your bag. Well, yes it is! I was still fairly young at the time. But not so young that I didn’t get that thing that all men must get some time: the decision to either be a part of something that should be spoken or not. My Judaism has always been a great pride with me. But it felt like such a challenge. That sounds so trite. But a challenge to show people that there’s more to me than that.”

Film.com’s David Ehrlich on the problem with the American cut of Wong Kar-wai’s The Grandmaster:

“If you’ve only seen the American cut of The Grandmaster, you haven’t seen The Grandmaster. While Wong Kar-Wai is living proof that the first cut of a movie that escapes onto cinema screens should not be implicitly regarded as a definitive or holy object, The Grandmaster tragically illustrates how refinements can shear away what made a movie so special in the first place. While Wong is rather transparent about how the American cut is a concession to cultural ignorance rather than an artistic statement, he’s profoundly mistaken in thinking that such a concession was required in the first place, and may be too close to the material to recognize that the American cut is insanely reductive and, at the same time, also harder to understand than the original.”