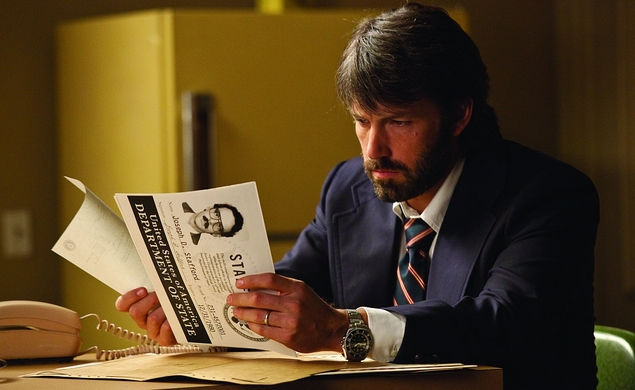 Last Monday, journalists Joshuah Bearman and Joshua Davis launched Epic Magazine, an internet publication designed to help journalists beef up their precarious incomes by commissioning longform writing that would be an easy sell to studios looking to option true-life material for movies. It’s a subject Bearman and Davis know a bit about: as David Carr reported last week, the two of them have had a combined total of 18 articles optioned. Monday, TheWrap reported that Epic signed a two-year first look deal with 20th Century Fox.

In the film world, Bearman is best known for writing the feature that served as the heavily fictionalized Argo’s source; he also wrote an article about video game champ Billy Mitchell and contributed footage to the 2007 documentary The King Of Kong. In a Jewish Journal profile from July, Bearman described how he cornered the market on what an editor deemed “Dude, no way” stories. A 2012 Playboy piece about Hollywood producer Bert Schneider, who helped smuggle Huey Newton to Cuba in the ‘70s, was described by Bearman as a “true-life 1970s Hollywood epic.” The piece even mimics screenplay structure with its first words (“INT. A HOUSE IN THE HOLLYWOOD HILLS — NIGHT”), a format Bearman is now mastering for real, having been commissioned earlier this year to write his first script.

Davis’ previous direct involvement in the film world includes serving as the main subject of the 2003 documentary The Beast Within, chronicling his adventures in the world of arm wrestling. Talking to Carr, Davis and Bearman said recent industry meetings had left them with the feeling Hollywood was more interested in true-life source material in Argo’s wake. Their plan is to help writers by commissioning and paying for work that can be optioned, sold as stand-alone Amazon Kindle pieces or otherwise used to reap multiple financial dividends. Journalists will retain the rights to their work but if they want, Epic is willing to act as a producer. The business model, Carr noted, is still “murky,” but it’s an intriguing experiment. Bearman and Davis aim to publish at least six articles a year, but for the moment the only articles on the site are their own.