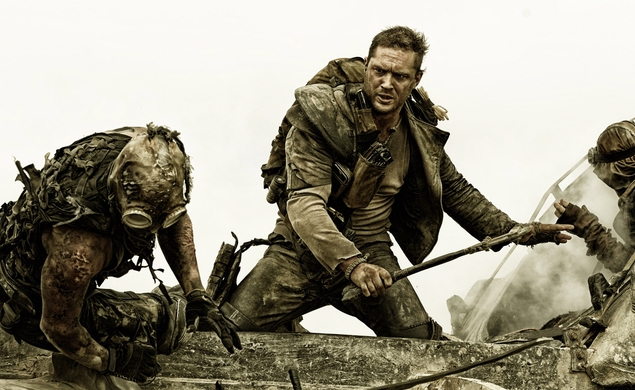 By many accounts, the best footage screened in Hall H at San Diego Comic-Con last weekend was an extended first look at George Miller’s long-gestating fourth film in his classic sci-fi franchise, Mad Max: Fury Road. The project’s history is almost as insane as the action in the movie: Miller’s been working on Fury Road for well over a decade, through years of false starts and delays, and even a complete change of shooting locations, after the original spot chosen to play the film’s post-apoclayptic desert in the Australian outback was hit by a fluke rainy season and covered with lush vegetation. (Miller and company eventually located to Namibia.)

The film finally opens next May, with Tom Hardy replacing Mel Gibson in the role of Max Rockatansky, and Charlize Theron and Nicholas Hoult in key supporting roles, and according to the reaction out of Comic-Con, it’s almost certainly going to be worth the wait. Keying off the hugely positive response in San Diego, Warner Bros. released part of the footage on YouTube. It looks totally bonkers. See for yourself:

My one gripe with this trailer is that Hardy looks like he’s barely a participant in his own movie. Apparently Hardy has just 16 lines in the entire film, and as badass Charlize Theron looks going full Ripley in Alien 3, Max himself seems like a mopey mope. (I’m frankly a little surprised Miller didn’t call this sequel Sad Max.) Still, the practical effects and stunts look incredible, and Miller told the crowd at Comic-Con that the film is basically one feature-length car-chase, so Max probably won’t have too much time to pout between the crashes and collisions.