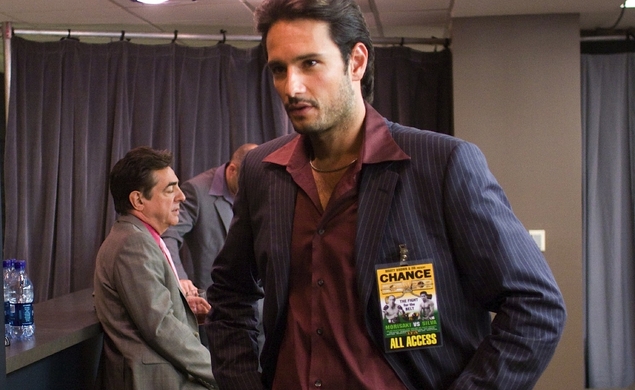 The Hollywood Reporter says Rodrigo Santoro, star of Redbelt, 300, and the upcoming 300: Rise Of An Empire, has signed on to play the villain (they call him the “foil,” but he sure sounds like the villain) in the Will Smith movie Focus. According to THR’s Borys Kit, Santoro will play “the magnetic and powerful owner of an international auto racing team” who hires Smith’s con man “to gain a competitive edge for his racing team” and competes with him for the love of con woman, played by Margot Robbie. Oh, those international auto racing team owners: magnetic and powerful. They’ve got it all going for them.

The most intriguing part of the news isn’t so much Santoro’s participation (although he’s a fine actor) but Focus’ curious subject matter (magnetic and powerful racing magnates versus con men) and its surprising creators: Glen Ficarra and John Requa, the writers of Bad Santa and the writer/directors of Crazy Stupid Love. Ficarra and Requa are underrated talents, and their overlooked gem I Love You Phillip Morris was also about a con man of sorts. But this film, with the potential for big racing sequences and smoldering love triangles, sounds decidedly out of their wheelhouse of dark romantic comedies. That friction could be problematic, or it could be really interesting. Here's hoping for the latter.