Movie theaters will soon be under attack from Space Invaders 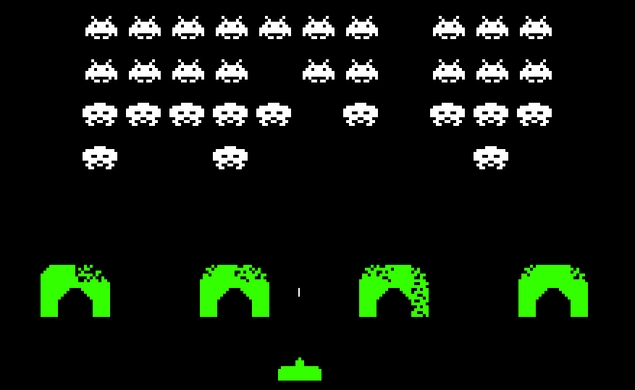 It is surprising, in retrospect, that it’s taken this long for someone to make a Space Invaders movie. Lesser games like Far Cry, Postal, and BloodRayne, have all been adapted to the big-screen, while one of the most iconic and popular shooters of the early arcade era has remained confined to cabinets, consoles, and cartridges. (There was that Spaced Invaders movie in 1990, but that doesn’t really count.) At long last, movie theaters will be graced with tales of alien hordes who advance on human in highly predictable geometic patterns, as TheWrap reports that Warner Bros. has picked up the feature rights to the Space Invaders franchise.

They’ve tasked Akiva Goldsman with producing the movie. To call his filmography eclectic is an understatement; he’s an Oscar-winner (for his A Beautiful Mind screenplay) and a two-time Razzie nominee (for his screenplays for Batman & Robin and A Time To Kill), and his career runs the gamut classy Ron Howard productions (Cinderella Man) to classy Matt LeBlanc sci-fi pictures (Lost In Space). His most recent effort was his directorial debut, the adaptation of Mark Helprin’s Winter’s Tale. To call it disastrous is an even bigger understatement; it’s the only movie I’ve seen this year that was markedly worse than the latest Transformers. At this point, though, Goldsman’s not directing or even writing the film, just producing it along with Joby Harold and Tory Tunnell.

Videogame movies have a terrible track record, and I’m not even sure how much cultural currency Space Invaders has among modern gamers (it never became an enduring cross-generation franchise like Super Mario Bros., although it has been updated and re-released a few times).  Still, the basic premise leaves more wiggle room for creativity than games with more rigid and ridiculous mythos (like, say, Super Mario Bros.), and 30 percent of the blockbusters Hollywood releases every year could be titled Space Invaders, so this movie should fit right in.