Op-ed: This essay is a blockbuster (whatever that means) 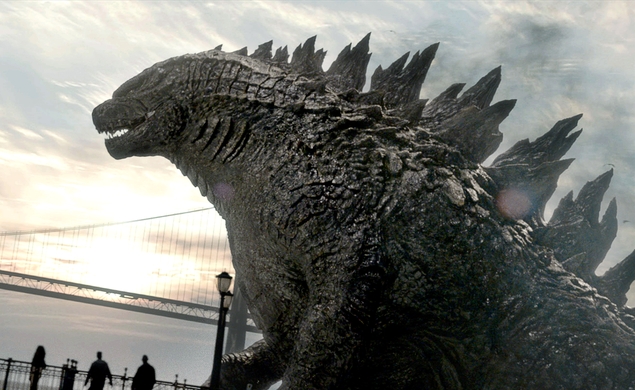 If you read my daily roundup of essential film writing, you’ve already seen Chris Klimek’s fine analysis of his ballot in The Dissolve’s recent list of the 50 greatest summer blockbusters in history. Chris interrogates his own choices, but mostly, he tries to answer one very big question: “What is a summer blockbuster?” The Dissolve list began with our answer:

“For our list of the 50 Greatest Summer Blockbusters, we decided to be strict in some ways and lax in others. Only films released in the United States between May 1 and August 31 qualified. That eliminated a lot of films that might have landed on a list of best blockbusters, including the Lord Of The Rings films (all winter releases) and The Matrix (released March 31, 1999). (In fact, only The Matrix Reloaded qualifies for consideration. Spoiler: It did not make the list.) Beyond that, however, we left it open, meaning films with laser cannons and exploding Escalades qualified, but so did animated movies, comedies, and any other sort of film released during summer months. We let the calendar define what it meant to be a summer movie, but let our panel of 12 critics define what made a film a blockbuster, narrowing it down from 655 contenders over the course of three rounds of voting.”

In his essay, Chris talks about defining a blockbuster by “feeling.” He didn’t vote for The Shining or Apocalypse Now, even though he admires those movies, because they don’t “feel” like blockbusters the same way something like Star Trek II: The Wrath Of Khan does. He also admitted a bias against comedies like Ferris Bueller’s Day Off. “I have a hard time,” he writes, “accepting any film that does not include strenuous physical action as a summer blockbuster.” Ferris Bueller didn’t make our list, but some comedies did, including The 40-Year-Old Virgin and A Fish Called Wanda, along with other movies that didn’t emphasize muscular dudes with no shirts running and shooting things: for instance, Babe, a sweet children’s movie about a talking pig, and The Truman Show, a clever satire about the insulating world of television.

The response to our summer blockbusters list was generally pretty positive, but a small but vocal segment of readers agreed with Chris’ assessment. Commenter “menocu” called it a “weird list” and wondered why, if we weren’t tightening our definition of blockbuster, we called it a list of blockbusters at all. (“Why not call it ‘Greatest Movies Released In The Summer’ and leave it at that?”) A reader named “Alberto” concurred, stating that while he enjoyed the list, he also felt the “definition of ‘blockbuster’ has been kind of loose.” He felt a film’s financial success should have been weighed as a factor in determining our nominees. “While I can profoundly enjoy a film like Scott Pilgrim Vs. The World,” he added, “I wouldn’t precisely consider it a blockbuster.”

Alberto defines a blockbuster in the classical sense; Jaws and Star Wars were considered the original movie blockbusters because of their record-shattering box-office success; audiences lined up “around the block” to see them. But the term dates back much further than the 1970s, and, technically speaking, the original “blockbusters” were bombs—literal explosive devices. Britain’s Royal Air Force used blockbusters during World War II to flatten entire city blocks. Shortly after the war, the word began to gain traction in show business to describe enormous hits, first in theater (where a blockbuster could supposedly become so popular, it’d drive all its neighboring shows out of business) and then in film, where the word “blockbuster” became synonymous with large-scale summertime entertainments.

So the term “blockbuster” was mutable right from the start, and it’s continued to evolve. By the late 1980s, the word became less of a retroactive description of financial success (“This film made $150 million! It’s a huge blockbuster!”) and more of an aspirational descriptor of a film’s ambitions. (“We spent $150 million on this film! It’s a huge blockbuster!”) To put it another way, the definition of a blockbuster changed from big profits to big costs. Now, a movie like The Lone Ranger can be both a blockbuster (it cost $215 million to make) and a flop (it only made $260 million worldwide).

More accurately, though, the definition of blockbuster didn’t change. It expanded. It’s worth remembering that the “large-scale” entertainments that helped launch and define the “blockbuster era” in Hollywood weren’t even all that large-scale. Jaws’ original budget was a measly $3.5 million, the equivalent of $15 million today. Even after production dragged on and costs ballooned while Steven Spielberg struggled with bad weather, bad luck, and a bad mechanical shark, the film only ended up costing Universal Pictures around $9 million—less than $40 million in 2014 dollars. Similarly, Star Wars was green-lit by Fox for less than $10 million, and after its own budget overruns, wound up in the neighborhood of $11 million—about $50 million today. Sony spent more than that on 22 Jump Street.

A blockbuster can be many things. It can be a hit, but it doesn’t have to be. (Like R.I.P.D., which cost 10 times more to make than Star Wars, and made about a 10th as much) They tend to cost a lot, but not always. (The Blair Witch Project was a huge blockbuster, and it cost less than a million bucks to make.) Many are action films, but not all. (See previous example.) Today, the key criterion of a blockbuster is not the size of its profits, budget, or genre: it’s the viewer’s perception that the film is a blockbuster.

Consider, for example, the two American versions of Godzilla, one made in 1998 by Roland Emmerich, the other made earlier this summer by Gareth Edwards. Both are widely recognized as “blockbusters,” but for two totally different reasons; the latter because it made a lot of money, and the former because it cost a lot of money. But is that right? Edwards’ Godzilla cost more than Emmerich’s by $30 million, before you consider inflation. After inflation, Emmerich’s cost about $30 million more—but after inflation, Emmerich’s “bomb” actually made more than Edwards’ “hit,” the 2014 equivalent of $553 million vs. $489 million.

Those numbers are surprising, and largely irrelevant. The perception remains that Emmerich’s film was a blockbuster by bloated budget, and Edwards’ was a blockbuster by rabid popularity. That gets back to Chris Klimek’s position that blockbusters are determined by feeling; we know them when we see them. Jaws is a blockbuster even though it cost comparatively little to make; Emmerich’s Godzilla is one regardless of revenue because of the epic scope of its visuals, and its “Size Does Matter” marketing campaign.

Truth be told, I struggled through the same sorts of doubts and confusions as Chris in formulating my own ballots. I, too, didn’t consider The Shining a “summer blockbuster,” even though I do consider it a masterpiece. I didn’t pick Ferris Bueller’s Day Off because it was a comedy—but I did vote for The Blues Brothers because it’s a comedy with stunts and car chases and elaborate setpieces, and therefore seemed more “blockbuster-y.” That’s where my own perceptions lie. As a result, The Dissolve’s list of the greatest summer blockbusters is broader than mine would have been. I probably wouldn’t have included Clueless, or Pee-wee’s Big Adventure, or Risky Business if it were my list alone. But the more I thought about it, the more I realized the value in a broader list.

As we’ve already established, the term “blockbuster” is vague and perpetually in flux. But whatever it is and however we use it, the blockbuster isn’t going away. If anything, it’s becoming an even larger part of the mainstream movie landscape, as Hollywood balloons the summer-movie “season” to six or seven months of the calendar year, and churns out more and more films that fit my personal perception of a blockbuster at the expense of other kinds of motion pictures. Labeling bold financial failures like Scott Pilgrim Vs. The World or bleak horror films like The Thing or epic tales about the madness of war like Apocalypse Now as blockbusters is a reminder that once upon a time, the summer was filled with many different kinds of movies, not just action thrillers about man-children with overdeveloped muscles and underutilized brains. In some small way, the list is a call for diversity in “big” “summer” “entertainment,” even as the major studios work harder and harder to restrict it. A prescriptive list of the greatest summer blockbusters might have gotten fewer complaints than an inclusive one. But if we’re lucky, the inclusive one might change a few perceptions.