Our next Movie Of The Week: Tony Scott’s Top Gun 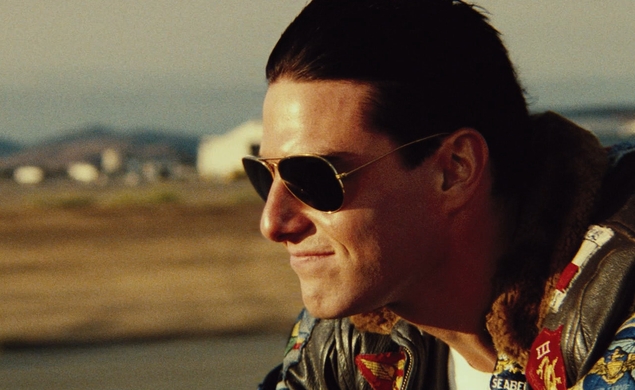 After tangling with a Great White in Week One of Blockbuster Month, The Dissolve is going to take you right into the Danger Zone in Week Two with Top Gun, that thrilling paean to “America, fuck yeah” aerial might, Tom Cruise’s relentless star power, beach volleyball, and possibly latent homosexuality. One of the reasons why we decided to pick a different blockbuster for each decade this month is that we wanted the selection to be both hugely influential and reflective of its era. And there’s no more ’80s movie than Top Gun, which surged with the bravado (and arrogance) of second-term Reagan, deployed two hit singles on the soundtrack (Kenny Loggins’ “Danger Zone” and Berlin’s Oscar-winning “Take My Breath Away”), and made its star and its producers, Don Simpson and Jerry Bruckheimer, preeminent forces in Hollywood for decades to come. (Simpson died in 1996, but his influence—and his partner’s prolificacy—lived on.)

Flashing that million-dollar smile—at least when he’s not flashing that thousand-mile stare—Cruise stars as Lt. Pete Mitchell, but you know him as “Maverick,” his call sign as an aviator for the U.S. Navy. Maverick doesn’t play by the rules; on the contrary, his ego writes checks his butt can’t cash. Though known for his irreverence, Maverick is also the most gifted and creative fighter pilot anyone has ever seen, so he and his wingman Goose (Anthony Edwards) get invited to “Top Gun,” a training academy for the best of the best. His chief rival for No. 1 status: Iceman (Val Kilmer), a pilot as hailed for mistake-free precision as Maverick is for his freewheeling instinctual genius. Kelly MacGillis co-stars as Maverick’s love interest, who also happens to be a civilian flight instructor.

Next Tuesday, I’ll be kicking off our Movie Of The Week discussion with a Keynote on the American confidence of Top Gun. In the Wednesday forum, we’ll break down its influential “Miller Time” style, its ripe notions of military heroism and sexuality, and the legacy of its creators. On Thursday, Noel Murray will touch down gently on the runway with some thoughts on Cruise post-Top Gun. By the end of the week, perhaps we’ll have learned enough to take out a few MiG-28s on our own.