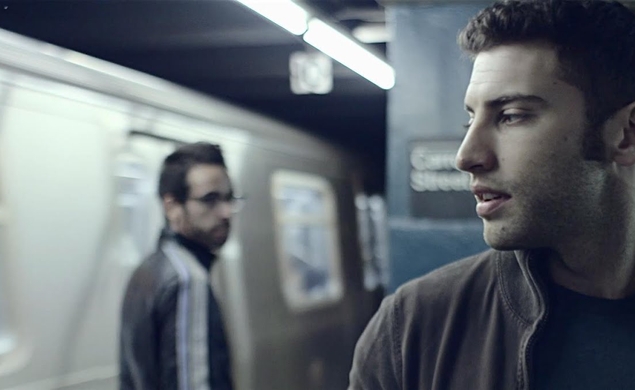 Some of Bruce Springsteen’s most powerful lines are, “I’ll be there on time and I’ll pay the cost / For wanting things that can only be found / In the darkness on the edge of town.” The “things” in “Darkness On The Edge Of Town” could be anything: drugs, sex, danger, a sense of belonging. What matters is where the singer has to go to get it, risking money, sanity, and health to feed an insatiable hunger.

Bardo has said “Chaser” was inspired by reports about the rise of gay men having unprotected sex, either out of fearlessness, or because they actively want to get infected with HIV. “Chaser” has played at multiple film festivals around the world—some LGBT-themed, some not—and is available for purchase on DVD-R from TLA Releasing, a leading distributor of queer cinema. The idea behind the film is to open a conversation about the return of risky sexual behavior, and because of that, “Chaser” can sometimes come off a little too much like a cautionary tale.

But Bardo’s direction and Rhyser’s performance elevate “Chaser” considerably. The scene where Zach visits the club is raw and graphic—and absolutely NSFW—but also sensual. And Bardo spends as much time showing Zach in the classroom and walking around the city as he does dwelling on the sex. “Chaser” thoughtfully fills out its protagonist’s world, both by emphasizing Zach’s jealousy of his brother (someone who has four bedrooms because he’s “thinking ahead,” something Zach doesn’t do) and by showing him working through his own thoughts by talking to his students about creativity, desire, and self-destruction. At one point in “Chaser,” one of Zach’s students describes the one time he felt true love: when an ice-cream truck overturned in his neighborhood, spilling free ice cream everywhere. “Chaser” is about how Zach lets his craving for something serve as a substitute for true companionship.