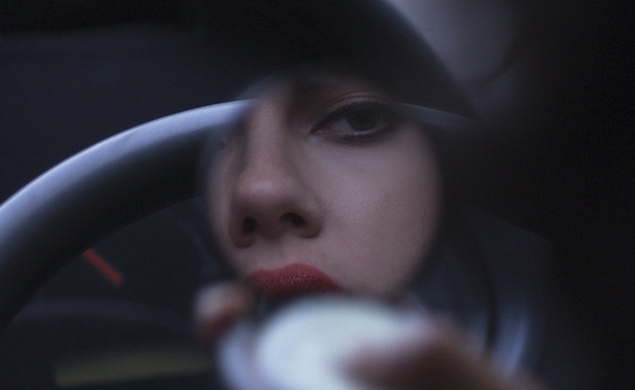 Here at The Dissolve, we like to hold off on making any declarations about the absolute best movies of the year until all the candidates have entered the race; but that doesn’t mean we can’t pause here for a moment before the long holiday weekend, and reflect on how 2014 is going, cinema-wise. Below is a list of our five favorite movies of the year so far, and because we kept it to just five, a lot of very good to great films are missing, including Snowpiercer, Coherence, Blue Ruin, and Edge Of Tomorrow. Also important to note: We only considered movies that were released between January and June (so no Boyhood, and no Life Itself); and the individual write-ups below do not necessarily represent each writer’s top choice (or else we would’ve had three Under The Skin entries).

With those caveats in mind, here’s our five. Feel free to name some of your own favorites in the comments.

Under The Skin: The moment I knew Jonathan Glazer’s Under The Skin was working came pretty early in the film. Playing an alien in human form, Scarlett Johansson descends an escalator at a Scottish shopping mall in order to procure some supplies. Taken out of context, it’s just a shot of Johansson doing some shopping, but by that point Glazer has already set an uneasy tone—in part by combining chilly visuals with Mica Levi’s unsettling score—and Johansson’s performance has established her character’s otherworldliness and removal from humanity. The shot instead becomes a study of a creature who only looks human studying the environment, taking it all in, adapting to her (?) new surroundings, and figuring out what it means to be human. In time she’ll go native, at least as far as she can, and the transition makes the film poignant and tragic in ways only hinted at in those opening scenes. It begins as a remarkable achievement in heady science fiction. It ends in alien terrain. —Keith Phipps

The Grand Budapest Hotel: With his debut feature Bottle Rocket, Wes Anderson hit theaters with a fully formed, meticulous aesthetic. He was already the filmmaker he would become. He has spent the intervening years refining that sensibility to the point of perfection, and while perhaps not his best film (the competition is awfully stiff), The Grand Budapest Hotel feels like the glorious culmination of everything he’s been working toward. A story within a story with a story, The Grand Budapest Hotel chronicles the mentor/protege relationship between fiendishly efficient super-concierge Monsieur Gustave H. (Ralph Fiennes), a hilarious combination of the proper and the profane, and his young charge Zero Moustafa (Tony Revolori), a recent immigrant to the fictional European country where the film is set. The murder of one of Gustave’s many, many older lovers is the catalyst that kicks the action into high gear, and the film is at once a bittersweet elegy for a lost world of grace and manners that Gustave nobly (if sometimes obscenely) embodies, and a rollicking comedy that’s at once beautifully controlled and manic. Wildly entertaining and a big, justly merited international hit, The Grand Budapest Hotel is pure fun, but, in the best Wes Anderson tradition, also deeply sad. —Nathan Rabin

The Immigrant: We’ve seen Ellis Island stories before in immigration epics like America, America and The Godfather Part II, but James Gray’s beautiful, personal drama about a Polish woman’s desperate effort to gain footing in the New World has a flavor that’s both unusually classical and utterly specific. Marion Cotillard and Joaquin Phoenix are equally stunning as Ewa and Bruno, respectively, who form a tenuous partnership when Bruno spares Ewa from deportation by whisking her into his burlesque business and forcing her into prostitution. But the dynamic between them isn’t as skewed as it sounds, given Ewa’s insistent dignity and Bruno’s emotional vulnerability. The Weinstein Company held onto the film for a full year before virtually leaving it for dead, but it’s a film of sumptuous, deliberate, and finally overwhelming power. —Scott Tobias

Only Lovers Left Alive: Narratively, there isn’t much to Jim Jarmusch’s visually lush film about dissipated artists langorously enjoying each other’s company and complaining about what the world’s coming to these days. It’s another of his classic hangout movies, more about a micro-scene than about any sort of story progression. It just happens that this particular micro-scene involves a handful of bored, centuries-old vampires: Adam (Tom Hiddleston) is suicidally stricken with ennui, while Eve (Tilda Swinton) still appreciates the beauty of the world, but has hermetically sealed herself into a part of it she appreciates. I love so many things about this film: the luscious visual design and cinematography; the sleepy pacing, appropriate for immortals who don’t register time like we do; its revitalizing look at the tired old tropes of vampires. In particular, Jarmusch makes blood-drinking simultaneously sensual and gross, and his vampires, with their dried-out dead hair, sleepy movements, and taken-for-granted powers, don’t look like anyone else’s vampires. This was the rare movie where I felt like I could have spent several more hours in this setting, with these characters, without noticing the passage of time any more than they do. —Tasha Robinson

Nymphomaniac: Volume I: I’m a defender of the second volume as well, but I’d never argue that part two of Nymphomaniac is as surprising, inventive, and entertaining as part one. Using one woman’s obsessive sexual explorations as a metaphor for his own career, Lars von Trier pours all of himself into Nymphomaniac, making what amounts to the ultimate von Trier film, full of eclectic visual style, nervy performances, and amusing digressions about music, religion, gender roles, and fishing. Volume Two suffers, I think, primarily because “the ultimate von Trier film” has to encompass his masochism and misery as well, which makes the second half more of a slog—if no less artful. But Volume One is so damned vibrant. Seeing a sneak preview of it at Sundance back in January was one of the most exciting cinematic experiences I’ve had this year. (Most of my other exciting experiences also happened at Sundance, but those movies—Boyhood, The Babadook, a couple of others—will have to wait for later lists.) —Noel Murray