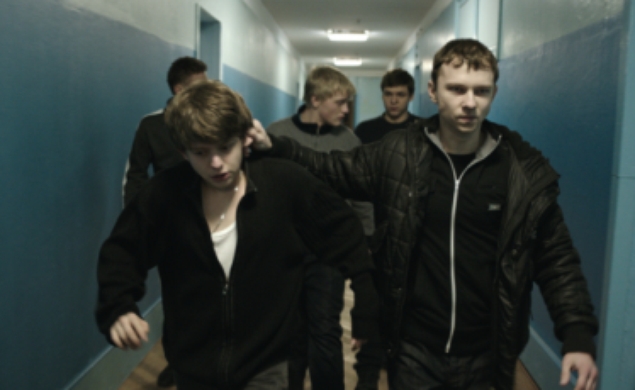 Winner of three Critics’ Week awards at this year’s Cannes Film Festival, Myroslav Slaboshpytskiy’s The Tribe will receive North American distribution by Drafthouse Films in 2015. Founded by Tim League, Drafthouse has built a reputation for picking up and putting out ambitious and subversive films across many genres and countries. This year alone it’s distributed a wide variety of movies, including Cheap Thrills, A Field In England, Borgman, and in two weeks, Michel Gondry’s latest, Mood Indigo.

Set at an Ukrainian boarding school for the deaf and unraveling entirely through sign language without employing subtitles, voiceovers, or dialogue, The Tribe seems to be fit into Drafthouse’s penchant for supplying singular cinematic experiences. What could be mystifying has been heralded as the “discovery of this year’s festival” by Jonathan Romney at The Guardian, and an “unprecedented cinematic accomplishment” by Eric Kohn at Indiewire.

The film will play in select theaters across the country sometime next year. Here’s the trailer.