After Midnight: The Final Terror 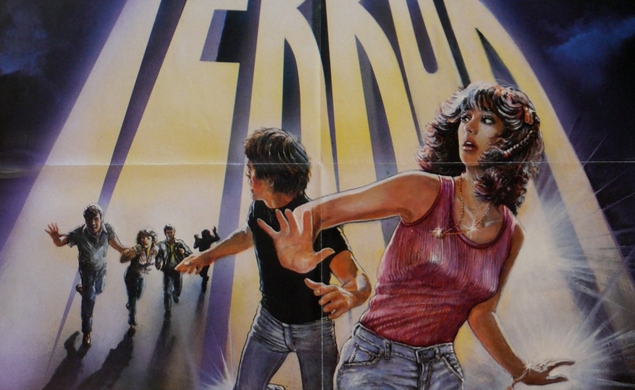 At the start of Scream! Factory’s new Blu-ray edition of the 1983 horror film The Final Terror, the company apologizes that none of the original elements for the movie have survived, and that it had to rely on the best footage from six collectors’ prints to produce a decent transfer. But there’s something right about a Final Terror where the edges of the frame sometimes flicker, and the color’s a little washed-out. It fits better with the gore and scares in the movie, which are pretty low-tech. The Final Terror is a film that begins with a nature-hiker being sliced to death by jagged tin-can lids attached to spring-loaded tree-limbs. Nothing here should be too fancy.

The Final Terror isn’t an especially well-known slasher, but there’s a reason why Scream! Factory would care enough about it to try and make a decent-looking Blu-ray. It’s not because The Final Terror is a lost classic, but more because of some of the personnel who worked on the film. Future Under Siege/The Fugitive director Andrew Davis gets the official credit for helming The Final Terror, though in an interview on Scream! Factory’s set, “post-production supervisor” Allan Holzman explains that Davis’ version of the picture had been sitting on a shelf since 1981, before Holzman was called in turn it into something more releasable. Holzman couldn’t perform miracles. Even reassembled and reimagined, The Final Terror is a fairly routine horror movie about a group of potential victims camping together in the woods, in which none of the characters seem to know each other, or to have much of personal history. But this version is at least well-paced, with a steady stream of scares.

It also helps that the cast includes Daryl Hannah, Rachel Ward, Adrian Zmed, Lewis Smith, and especially Joe Pantoliano—the latter of whom plays a testy creep who’s almost as menacing as whatever shaggy creature is systematically slaughtering the campers. (By the way, the reveal of what that creature is gives The Final Terror one of its few truly lunatic moments.) The soon-to-be-more-famous cast doesn’t just retroactively elevate the quality of The Final Terror, it makes the whole movie seem like it escaped from an alternate universe, where the actors we know as “Daryl Hannah” and “Joe Pantoliano” never had much of a career—perhaps because they never got out of those woods.