Tom Hanks may pop up in Meg Ryan’s directorial debut 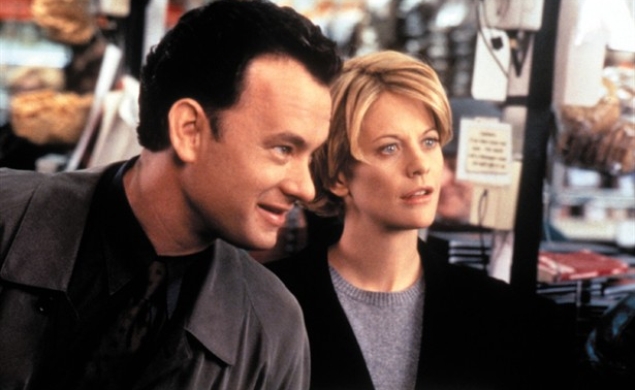 There was a time there in the 1990s when Tom Hanks and Meg Ryan looked like they were going to become the modern-day equivalent of Spencer Tracy and Katharine Hepburn (without the off-screen romance, presumably). Hanks and Ryan co-starred in the quirky cult favorite Joe Versus The Volcano, and then reunited for the huge romantic comedy hits Sleepless In Seattle and You’ve Got Mail—both of which played a big part in turning Hanks and Ryan into two of the most popular movie stars of their era. The two haven’t appeared together since, but now, 15 years later, The Hollywood Reporter reports that Hanks may soon have a cameo role in Ithaca, Ryan’s directorial debut (which Hanks is also executive producing).

Ithaca is an adaptation of William Saroyan’s 1943 novel The Human Comedy, about a teenage bike messenger who takes care of his widowed mother during World War II. If the scheduling can be worked out, Hanks would play the boy’s late father—perhaps in a prologue, perhaps in flashback, or perhaps as some kind of ghost. (Okay, probably not a ghost.) Ithaca’s screenplay was adapted by longtime Hanks associate Erik Jendresen, and the cast includes Sam Shepard, Melanie Griffith, and Ryan’s son Jack Quaid. Filming is set to begin in Virginia next month.

This won’t be a Hanks/Ryan movie in the manner of the previous three, but Ithaca is another example of Hanks staying loyal to his friends, by lending his name and his clout to their pet projects. So add another chapter to The Legend Of Tom Hanks: Decent Fellow.